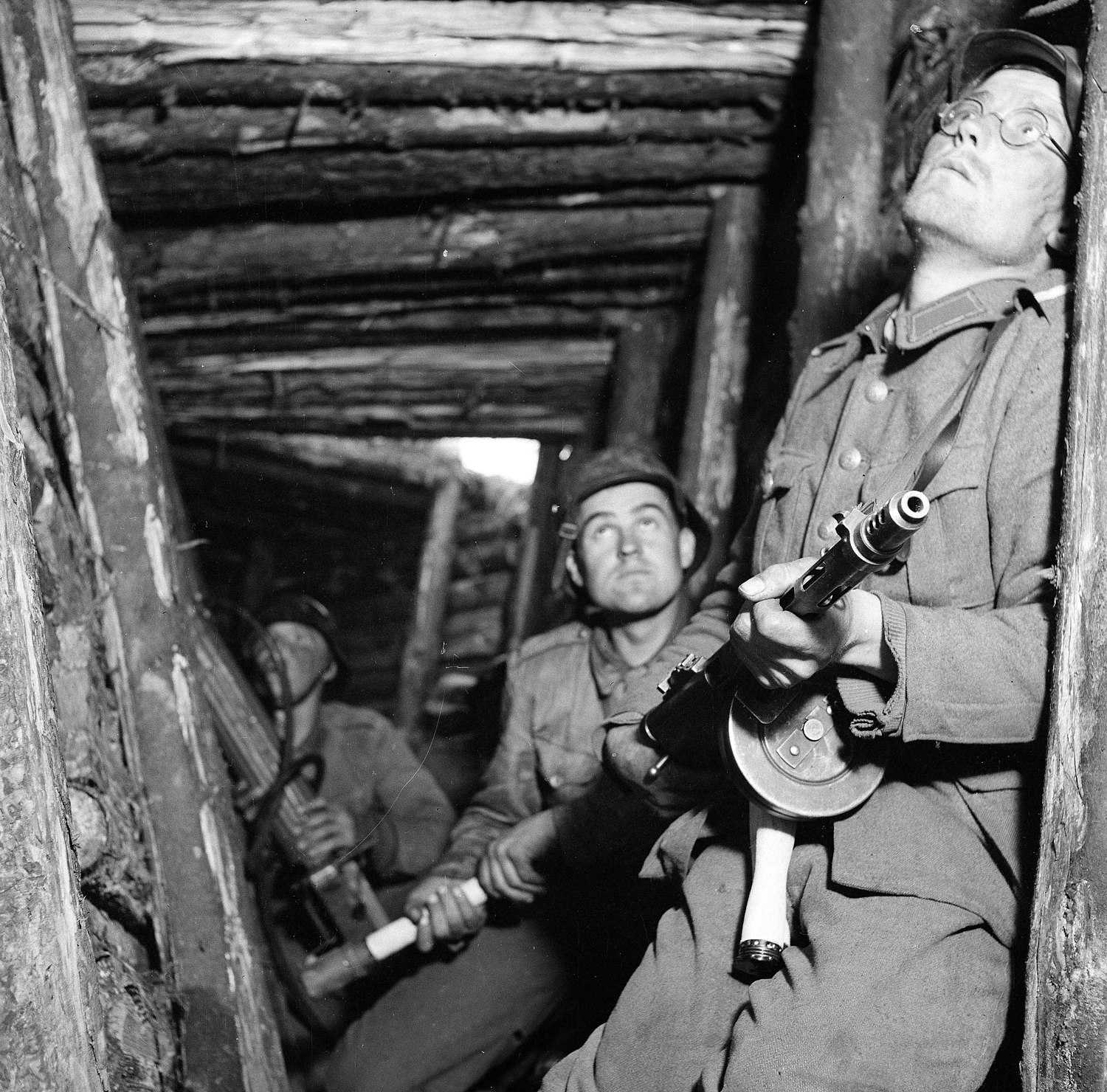 The Continuation War, also known as the Second Soviet-Finnish War, was a conflict fought by Finland and Nazi Germany against the Soviet Union from 1941 to 1944, as part of World War II.[Note 3] In Soviet historiography, the war was called the Finnish Front of the Great Patriotic War.[Note 4] Germany regarded its operations in the region as part of its overall war efforts on the Eastern Front and provided Finland with critical material support and military assistance, including economic aid.[19]

The Continuation War began 15 months after the end of the Winter War, also fought between Finland and the USSR. Numerous reasons have been proposed for the Finnish decision to invade, with regaining territory lost during the Winter War being regarded as the most common. Other justifications for the conflict included Finnish President Risto Ryti's vision of a Greater Finland and Commander-in-Chief Carl Gustaf Emil Mannerheim's desire to annex East Karelia. Plans for the attack were developed jointly between the Wehrmacht and a faction of Finnish political and military leaders, with the rest of the government remaining ignorant. Despite the co-operation in the conflict, Finland never formally signed the Tripartite Pact, though it did sign the Anti-Comintern Pact. Finnish leadership justified its alliance with Germany as self-defence.

On 22 June 1941, Germany launched an invasion of the Soviet Union. Three days later, the Soviet Union conducted an air raid on Finnish cities, prompting Finland to declare war and allow German troops stationed in Finland to begin offensive warfare. By September 1941, Finland had regained its post–Winter War concessions to the Soviet Union: the Karelian Isthmus and Ladoga Karelia. However, the Finnish Army continued the offensive past the 1939 border during the conquest of East Karelia, including Petrozavodsk, and halted only around 30–32 km (19–20 mi) from the centre of Leningrad. It participated in besieging the city by cutting the northern supply routes and by digging in until 1944.[Note 5]

In Lapland, joint German-Finnish forces failed to capture Murmansk or to cut the Kirov (Murmansk) Railway, a transit route for Soviet lend-lease equipment. The conflict stabilised with only minor skirmishes until the tide of the war turned against the Germans and the Soviet strategic Vyborg–Petrozavodsk Offensive occurred in June 1944. The attack drove the Finns from most of the territories that they had gained during the war, but the Finnish Army halted the offensive in August 1944.

World War II was concluded formally for Finland and the minor Axis powers with the signing of the Paris Peace Treaties in 1947. This confirmed the territorial provisions of the 1944 armistice: the restoration of borders per the 1940 Moscow Peace Treaty, the ceding of the municipality of Petsamo (Russian: Пе́ченгский райо́н, Pechengsky raion) and the leasing of Porkkala Peninsula to the Soviets. Furthermore, Finland was required to pay US$300 million (equivalent to US$5.8 billion in 2021) in war reparations to the Soviet Union, accept partial responsibility for the war and to acknowledge that it had been a German ally.[28][29] Because of Soviet pressure, Finland was also forced to refuse Marshall Plan aid.