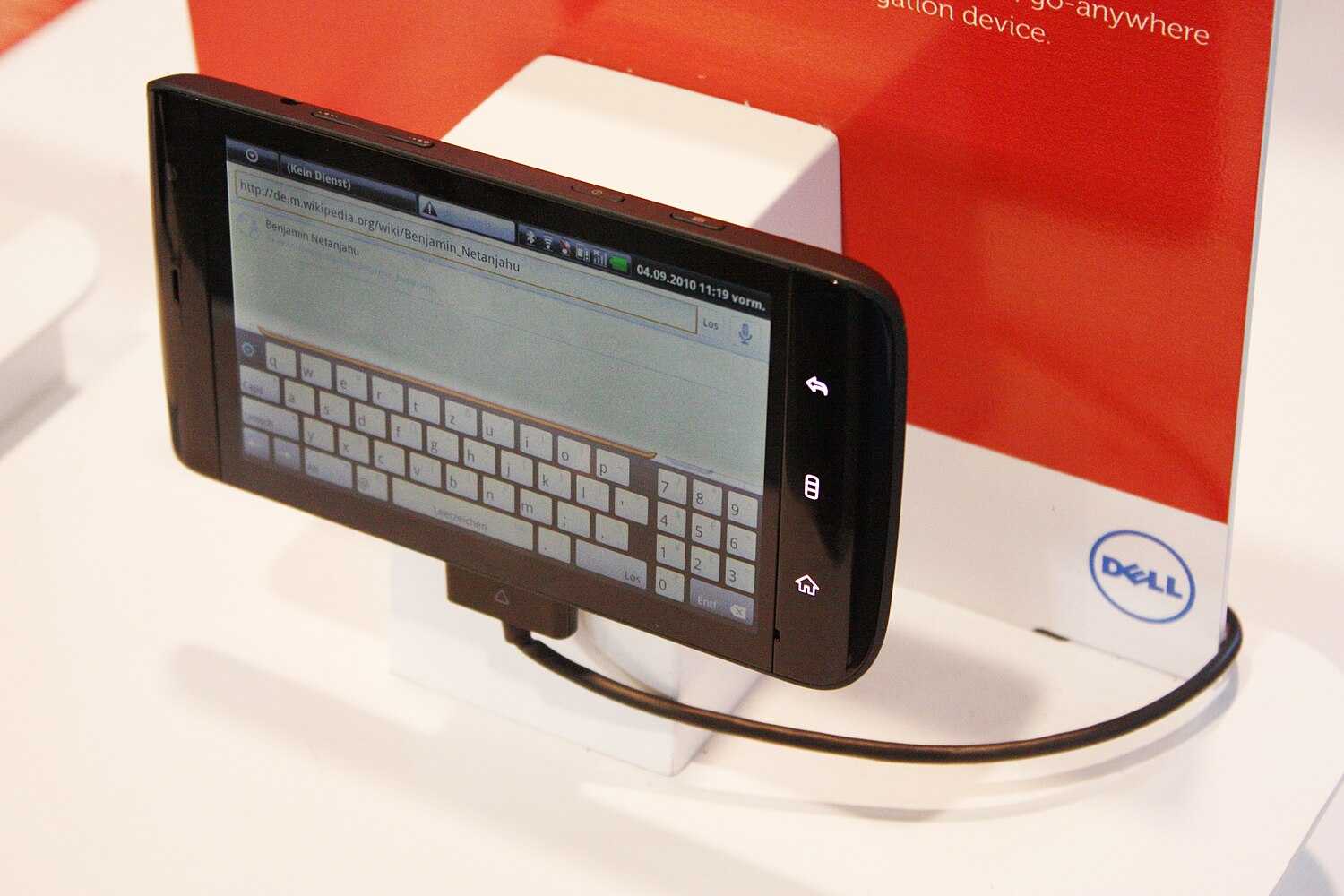 Dell Streak 5 (previously known as the Dell Mini 5) is a smartphone/tablet hybrid ("phablet")[5] from Dell that uses the Android operating system. It comes with a 5-inch (13 cm) capacitive touchscreen and two cameras, a 5MP one with dual-LED flash on the back and a VGA-resolution one on the front for video calling; both are capable of video. The development was first disclosed in June 2009[6] and in October 2009 it was known that the tablet was capable of making 3G phone calls.[7]

The three buttons at the bottom (or right, when held in its normal landscape mode) are capacitive. The Android buttons used are Home, Menu, and Back. It features a Dell skin on top and has a cradle adapter with HDMI out. The phone lacks the navigational trackball found in many previous Android devices. While FM radio support is not an official feature, an FM radio chip was found upon inspection of the Streak's internal hardware, and can be accessed though a user's modification of the OS.[8] The versions released previously have had Android 1.6 installed, with Dell offering unlocked Streaks with Android 2.2 (Froyo) in December 2010.[9]

Customers on the British O2 mobile phone network were given the opportunity to install Android 2.1 in early September 2010 through an Over the Air update. This update, however, caused an uproar amongst consumers, over bugs and removal of some features from the previous software.[10]

A seven-inch version of the Streak was announced at the Consumer Electronics Show in January 2011.[11] The Wall Street Journal reviewed it unfavorably in February.[12] A long-rumored ten-inch model[13][14] went on sale in August in China.[15]

Following protests from users that Dell, by not including source code, had violated the terms of the GNU General Public License,[16] the source code for the Dell Streak is now available for download.[17][18]

There is a root method for the Dell Streak, and many roms are available, including iterations of the CyanogenMod ROM. These are available from the xda-developers website along with other ROMS.

Dell discontinued the Streak 5 on as of August 15, 2011. Customers attempting to purchase the device were directed to a "Good Bye, Streak 5" landing page. The larger Streak 7 was discontinued on December 2, 2011; Dell continues to sell a 10-inch tablet in China.[19]