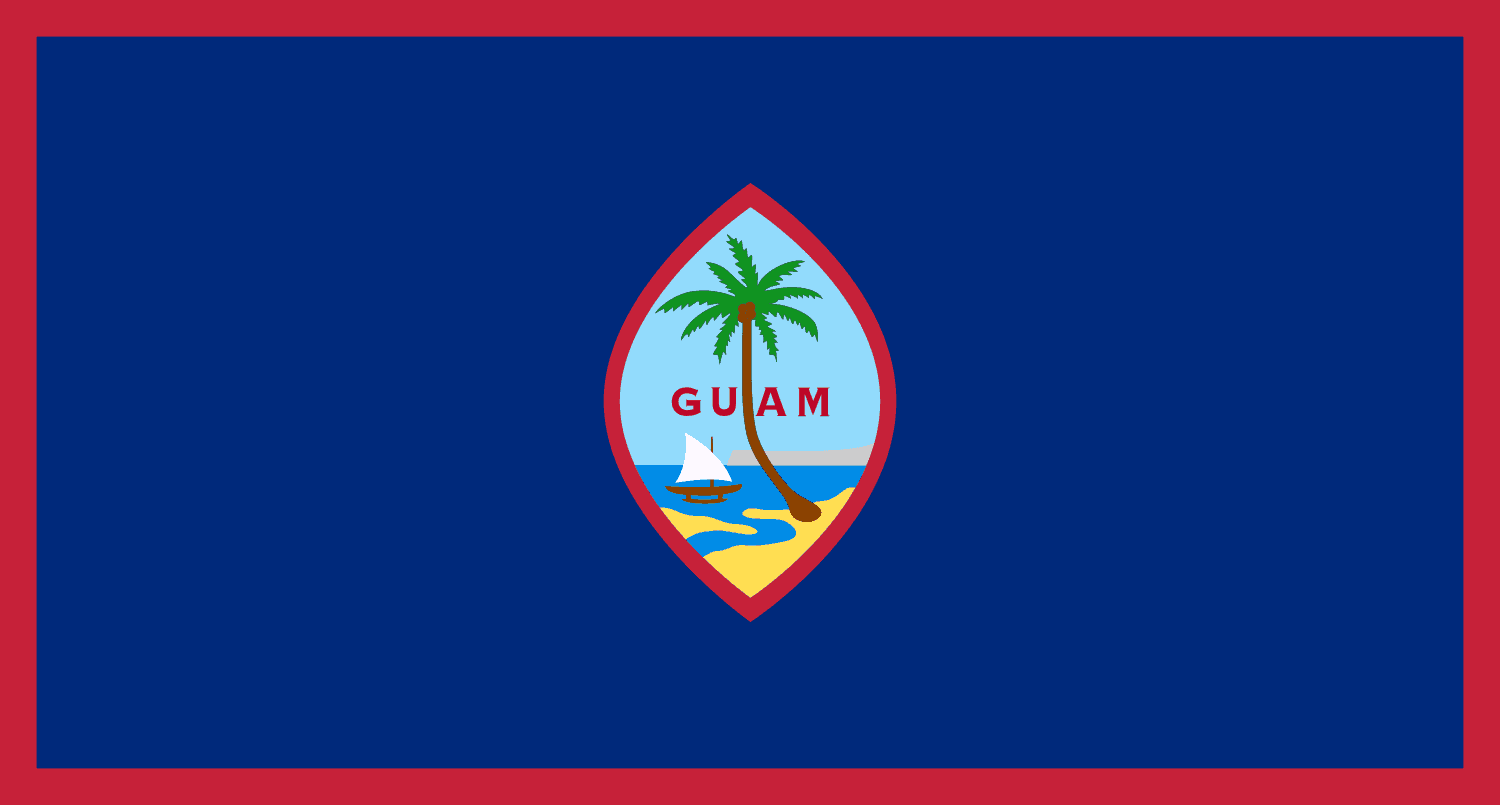 listen); Chamorro: Guåhan [ˈɡʷɑhɑn]) is an organized, unincorporated territory of the United States in the Micronesia subregion of the western Pacific Ocean.[4][5] It is the westernmost point and territory of the United States (reckoned from the geographic center of the U.S.); its capital Hagåtña (144°45'00"E) lies further west than Melbourne, Australia (144°57'47"E). In Oceania, Guam is the largest and southernmost of the Mariana Islands and the largest island in Micronesia. Guam's capital is Hagåtña, and the most populous village is Dededo.

People born on Guam are American citizens but have no vote in the United States presidential elections while residing on Guam and Guam delegates to the United States House of Representatives have no vote on the floor. Indigenous Guamanians are the Chamoru, historically known as the Chamorro, who are related to the Austronesian peoples of Indonesia, the Philippines, Malaysia, Taiwan, Micronesia, and Polynesia. As of 2022, Guam's population is 168,801. Chamoros are the largest ethnic group, but a minority on the multi-ethnic island. The territory spans 210 square miles (540 km2; 130,000 acres) and has a population density of 775 per square mile (299/km2). The Chamoro people settled the island approximately 3,500 years ago. Portuguese explorer Ferdinand Magellan, while in the service of Spain, was the first European to visit the island on March 6, 1521. Guam was colonized by Spain in 1668. Between the 16th and 18th centuries, Guam was an important stopover for the Spanish Manila Galleons. During the Spanish–American War, the United States captured Guam on June 21, 1898. Under the Treaty of Paris, signed December 10, 1898, Spain ceded Guam to the U.S. effective April 11, 1899.

Before World War II, Guam was one of five American jurisdictions in the Pacific Ocean, along with Wake Island in Micronesia, American Samoa and Hawaii in Polynesia, and the Philippines. On December 8, 1941, hours after the attack on Pearl Harbor, Guam was captured by the Japanese, who occupied the island for two and a half years. During the occupation, Guamanians were subjected to forced labor, incarceration, torture and execution.[6][7][8] American forces recaptured the island on July 21, 1944, which is commemorated as Liberation Day.[9] Since the 1960s, Guam's economy has been supported primarily by tourism and the U.S. military, for which Guam is a major strategic asset.[10]

An unofficial but frequently used territorial motto is "Where America's Day Begins", which refers to the island's proximity to the International Date Line.[11][12] Guam is among the 17 non-self-governing territories listed by the United Nations, and has been a member of the Pacific Community since 1983.[13]