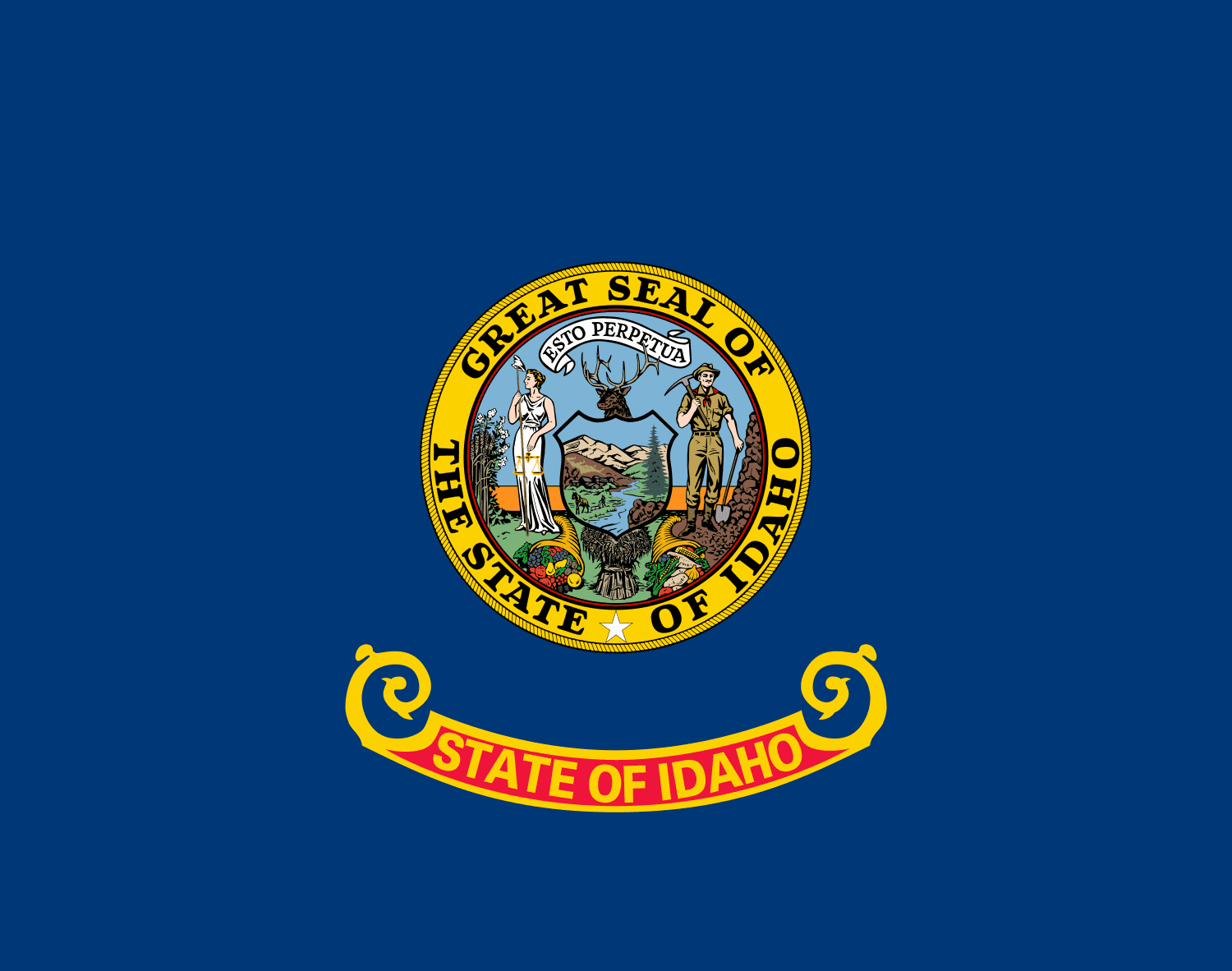 listen) EYE-də-hoh) is a state in the Pacific Northwest region of the Western United States. To the north, it shares a small portion of the Canada–United States border with the province of British Columbia. It borders the states of Montana and Wyoming to the east, Nevada and Utah to the south, and Washington and Oregon to the west. The state's capital and largest city is Boise. With an area of 83,570 square miles (216,400 km2), Idaho is the 14th largest state by land area, but with a population of approximately 1.8 million, it ranks as the 13th least populous and the 7th least densely populated of the 50 U.S. states.

For thousands of years, and prior to European colonization, Idaho has been inhabited by native peoples. In the early 19th century, Idaho was considered part of the Oregon Country, an area of dispute between the U.S. and the British Empire. It officially became U.S. territory with the signing of the Oregon Treaty of 1846, but a separate Idaho Territory was not organized until 1863, instead being included for periods in Oregon Territory and Washington Territory. Idaho was eventually admitted to the Union on July 3, 1890, becoming the 43rd state.

Forming part of the Pacific Northwest (and the associated Cascadia bioregion), Idaho is divided into several distinct geographic and climatic regions. The state's north, the relatively isolated Idaho Panhandle, is closely linked with Eastern Washington, with which it shares the Pacific Time Zone—the rest of the state uses the Mountain Time Zone. The state's south includes the Snake River Plain (which has most of the population and agricultural land), and the southeast incorporates part of the Great Basin. Idaho is quite mountainous, and contains several stretches of the Rocky Mountains. The United States Forest Service holds about 38% of Idaho's land, the highest proportion of any state.[7]

Industries significant for the state economy include manufacturing, agriculture, mining, forestry, and tourism. A number of science and technology firms are either headquartered in Idaho or have factories there, and the state also contains the Idaho National Laboratory, which is the country's largest Department of Energy facility. Idaho's agricultural sector supplies many products, but the state is best known for its potato crop, which comprises around one-third of the nationwide yield. The official state nickname is the "Gem State", a figurative expression which references Idaho's natural beauty.[8]