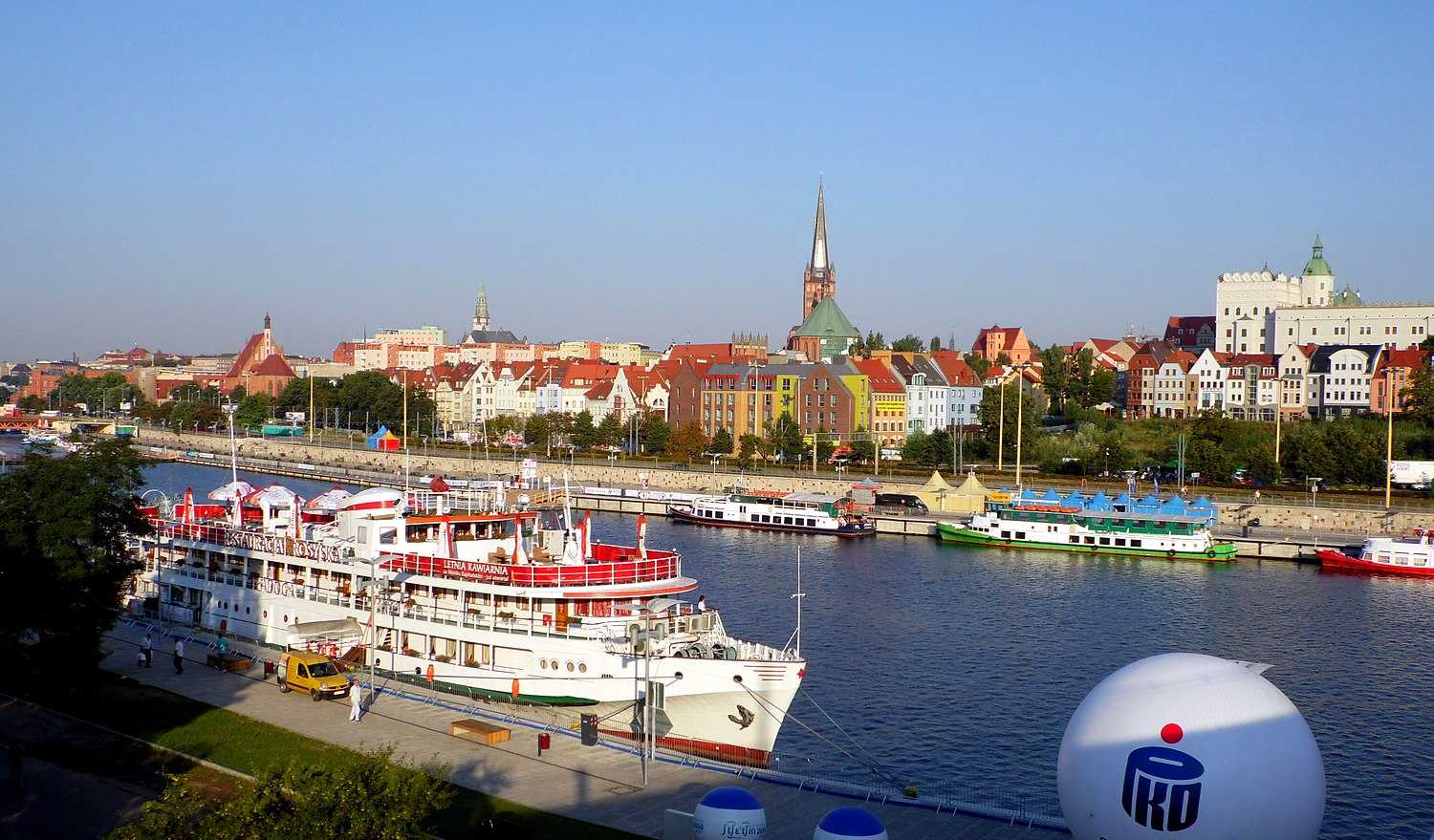 listen); Swedish: Stettin [stɛˈtiːn]; Latin: Sedinum or Stetinum[6]) is the capital and largest city of the West Pomeranian Voivodeship in northwestern Poland. Located near the Baltic Sea and the German border, it is a major seaport and Poland's seventh-largest city. As of December 2021, the population was 395,513.[1]

Szczecin is located on the river Oder, south of the Szczecin Lagoon and the Bay of Pomerania. The city is situated along the southwestern shore of Dąbie Lake, on both sides of the Oder and on several large islands between the western and eastern branches of the river. Szczecin is adjacent to the town of Police and is the urban centre of the Szczecin agglomeration, an extended metropolitan area that includes communities in the German states of Brandenburg and Mecklenburg-Western Pomerania.

Szczecin is the administrative and industrial centre of West Pomeranian Voivodeship and is the site of the University of Szczecin, Pomeranian Medical University, Maritime University, West Pomeranian University of Technology, Szczecin Art Academy, and the see of the Szczecin-Kamień Catholic Archdiocese. The city's historical landmarks include the Szczecin Cathedral, the Pomeranian Dukes' Castle and the National Museum. From 1999 onwards, Szczecin has served as the site of the headquarters of NATO's Multinational Corps Northeast. The city was a candidate for the European Capital of Culture in 2016.[7]