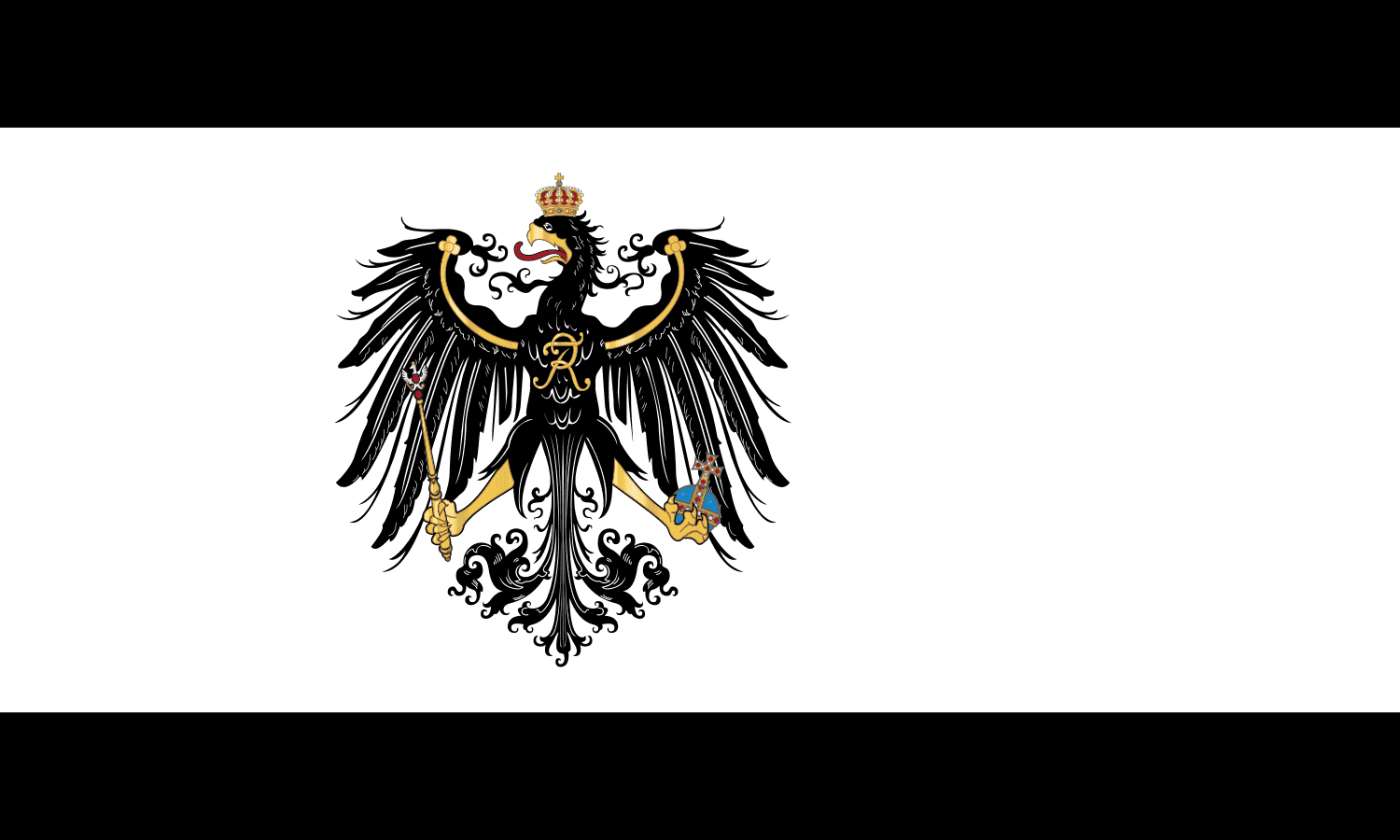 listen)) was a German kingdom that constituted the state of Prussia between 1701 and 1918.[5] It was the driving force behind the unification of Germany in 1871 and was the leading state of the German Empire until its dissolution in 1918.[5] Although it took its name from the region called Prussia, it was based in the Margraviate of Brandenburg. Its capital was Berlin.[6]

The kings of Prussia were from the House of Hohenzollern. Brandenburg-Prussia, predecessor of the kingdom, became a military power under Frederick William, Elector of Brandenburg, known as "The Great Elector".[7][8][9][10] As a kingdom, Prussia continued its rise to power, especially during the reign of Frederick II, more commonly known as Frederick the Great, who was the third son of Frederick William I.[11] Frederick the Great was instrumental in starting the Seven Years' War (1756–63), holding his own against Austria, Russia, France and Sweden and establishing Prussia's role in the German states, as well as establishing the country as a European great power.[12] After the might of Prussia was revealed, it was considered as a major power among the German states. Throughout the next hundred years Prussia went on to win many battles, and many wars.[13] Because of its power, Prussia continuously tried to unify all the German states (excluding the German cantons in Switzerland) under its rule, and whether Austria would be included in such a unified German domain was an ongoing question. After the Napoleonic Wars led to the creation of the German Confederation, the issue of unifying the German states caused a number of revolutions throughout the German states, with all states wanting to have their own constitution.[5] Attempts to create a federation remained unsuccessful and the German Confederation collapsed in 1866 when war ensued between its two most powerful member states, Prussia and Austria.

Prussia was subsequently the driving force behind establishing in 1866 the North German Confederation, transformed in 1871 into the unified German Empire and considered the earliest continual legal predecessor of today's Federal Republic of Germany.[5] The North German Confederation was seen as more of an alliance of military strength in the aftermath of the Austro-Prussian War but many of its laws were later used in the German Empire. The German Empire lasted from 1871 to 1918 with the successful unification of all the German states aside from Austria and Switzerland under Prussian hegemony,[5] due to the defeat of Napoleon III in the Franco-Prussian War of 1870–71. The war united all the German states against a common enemy, and with the victory came an overwhelming wave of nationalism which changed the opinions of some of those who had been against unification.

The formal abolition of Prussia, carried out on 25 February 1947 by the Allied Control Council, referred to a tradition of the kingdom as a bearer of militarism and reaction, and made way for the current setup of the German states. However, the Free State of Prussia (Freistaat Preußen), which followed the abolition of the Kingdom of Prussia in the aftermath of World War I, was a major democratic force in Weimar Germany until the nationalist coup of 1932 known as the Preußenschlag.[citation needed] The kingdom left a significant cultural legacy, today notably promoted by the Prussian Cultural Heritage Foundation (Stiftung Preußischer Kulturbesitz (SPK)), which has become one of the largest cultural organisations in the world.[14]