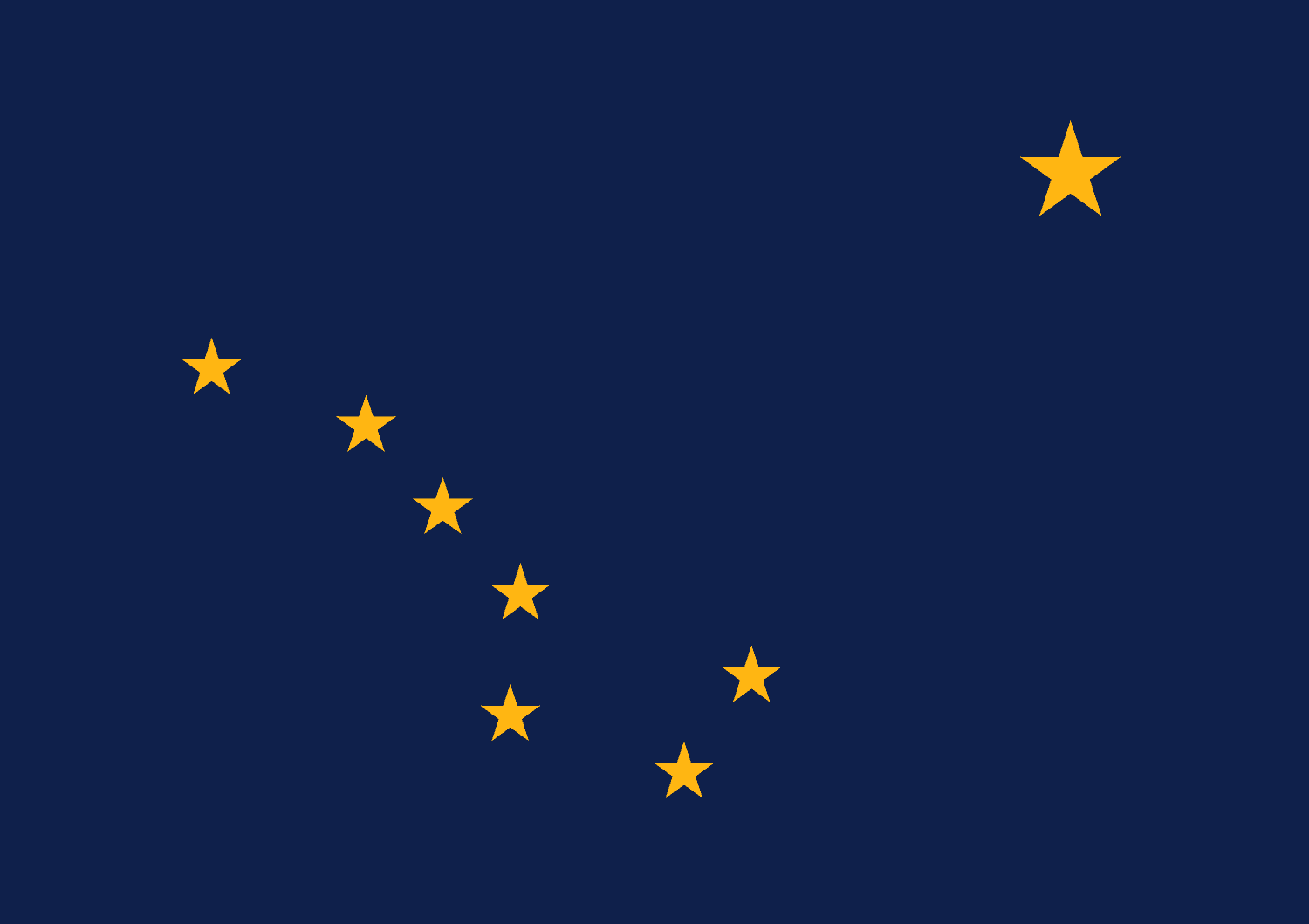 listen) ə-LAS-kə; Russian: Аляска, romanized: Alyaska; Aleut: Alax̂sxax̂; Inupiaq: Alaaskaq; Alutiiq: Alas'kaaq; Yup'ik: Alaskaq;[4] Tlingit: Anáaski) is a state located in the Western United States on the northwest extremity of North America. A semi-exclave of the U.S., it borders the Canadian province of British Columbia and the Yukon territory to the east; it also shares a maritime border with the Russian Federation's Chukotka Autonomous Okrug to the west, just across the Bering Strait. To the north are the Chukchi and Beaufort Seas of the Arctic Ocean, while the Pacific Ocean lies to the south and southwest.

Alaska is by far the largest U.S. state by area, comprising more total area than the next three largest states (Texas, California, and Montana) combined. It represents the seventh-largest subnational division in the world. It is the third-least populous and the most sparsely populated state, but by far the continent's most populous territory located mostly north of the 60th parallel, with a population of 736,081 as of 2020—more than quadruple the combined populations of Northern Canada and Greenland.[2] Approximately half of Alaska's residents live within the Anchorage metropolitan area. The state capital of Juneau is the second-largest city in the United States by area, comprising more territory than the states of Rhode Island and Delaware. The former capital of Alaska, Sitka, is the largest U.S. city by area.

What is now Alaska has been home to various indigenous peoples for thousands of years; it is widely believed that the region served as the entry point for the initial settlement of North America by way of the Bering land bridge. The Russian Empire was the first to actively colonize the area beginning in the 18th century, eventually establishing Russian America, which spanned most of the current state. The expense and logistical difficulty of maintaining this distant possession prompted its sale to the U.S. in 1867 for US$7.2 million (equivalent to $140 million in 2021), or approximately two cents per acre ($4.74/km2). The area went through several administrative changes before becoming organized as a territory on May 11, 1912. It was admitted as the 49th state of the U.S. on January 3, 1959.[5]

While it has one of the smallest state economies in the country, Alaska's per capita income is among the highest, owing to a diversified economy dominated by fishing, natural gas, and oil, all of which it has in abundance. U.S. Armed Forces bases and tourism are also a significant part of the economy; more than half the state is federally owned public land, including a multitude of national forests, national parks, and wildlife refuges.

The indigenous population of Alaska is proportionally the highest of any U.S. state, at over 15 percent.[6] Close to two dozen native languages are spoken, and Alaskan Natives exercise considerable influence in local and state politics.