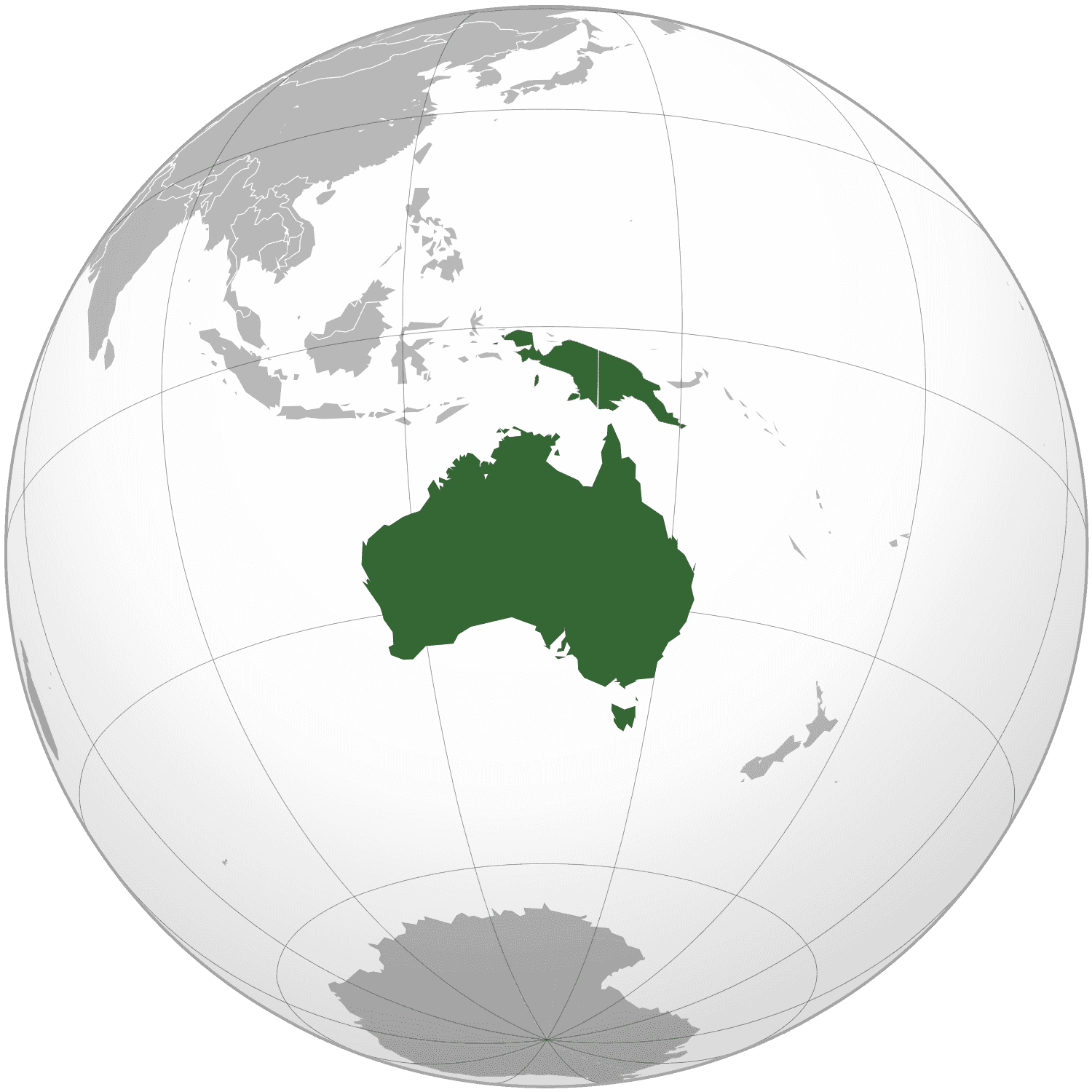 The continent of Australia, sometimes known in technical contexts by the names Sahul (/səˈhuːl/), Australia-New Guinea, Australinea, Meganesia, or Papualand to distinguish it from the country of Australia, is located within the Southern and Eastern hemispheres.[1] The name "Sahul" takes its name from the Sahul Shelf, which is a part of the continental shelf of the Australian continent. The continent includes mainland Australia, Tasmania, the island of New Guinea (Papua New Guinea and Indonesian Western New Guinea), the Aru Islands, the Ashmore and Cartier Islands, most of the Coral Sea Islands, and some other nearby islands. Situated in the geographical region of Oceania, Australia is the smallest of the seven traditional continents.

One of Earth’s seven main divisions of land

The continent includes a continental shelf overlain by shallow seas which divide it into several landmasses—the Arafura Sea and Torres Strait between mainland Australia and New Guinea, and Bass Strait between mainland Australia and Tasmania. When sea levels were lower during the Pleistocene ice age, including the Last Glacial Maximum about 18,000 BC, they were connected by dry land. During the past 18,000 to 10,000 years, rising sea levels overflowed the lowlands and separated the continent into today's low-lying arid to semi-arid mainland and the two mountainous islands of New Guinea and Tasmania.

With a total land area of 8.56 million square kilometres (3,310,000 sq mi), the Australian continent is the smallest, lowest, flattest, and second-driest continent (after Antarctica) on Earth.[2] As the country of Australia is mostly on a single landmass, and comprises most of the continent, it is sometimes informally referred to as an island continent, surrounded by oceans.[3]

Papua New Guinea, a country within the continent, is one of the most culturally and linguistically diverse countries in the world.[4] It is also one of the most rural, as only 18 percent of its people live in urban centres.[5] West Papua, a province of Indonesia, is home to an estimated 44 uncontacted tribal groups.[6] Australia, the largest landmass in the continent, is highly urbanised,[7] and has the world's 14th-largest economy with the second-highest human development index globally.[8][9] Australia also has the world's 9th largest immigrant population.[10][11]