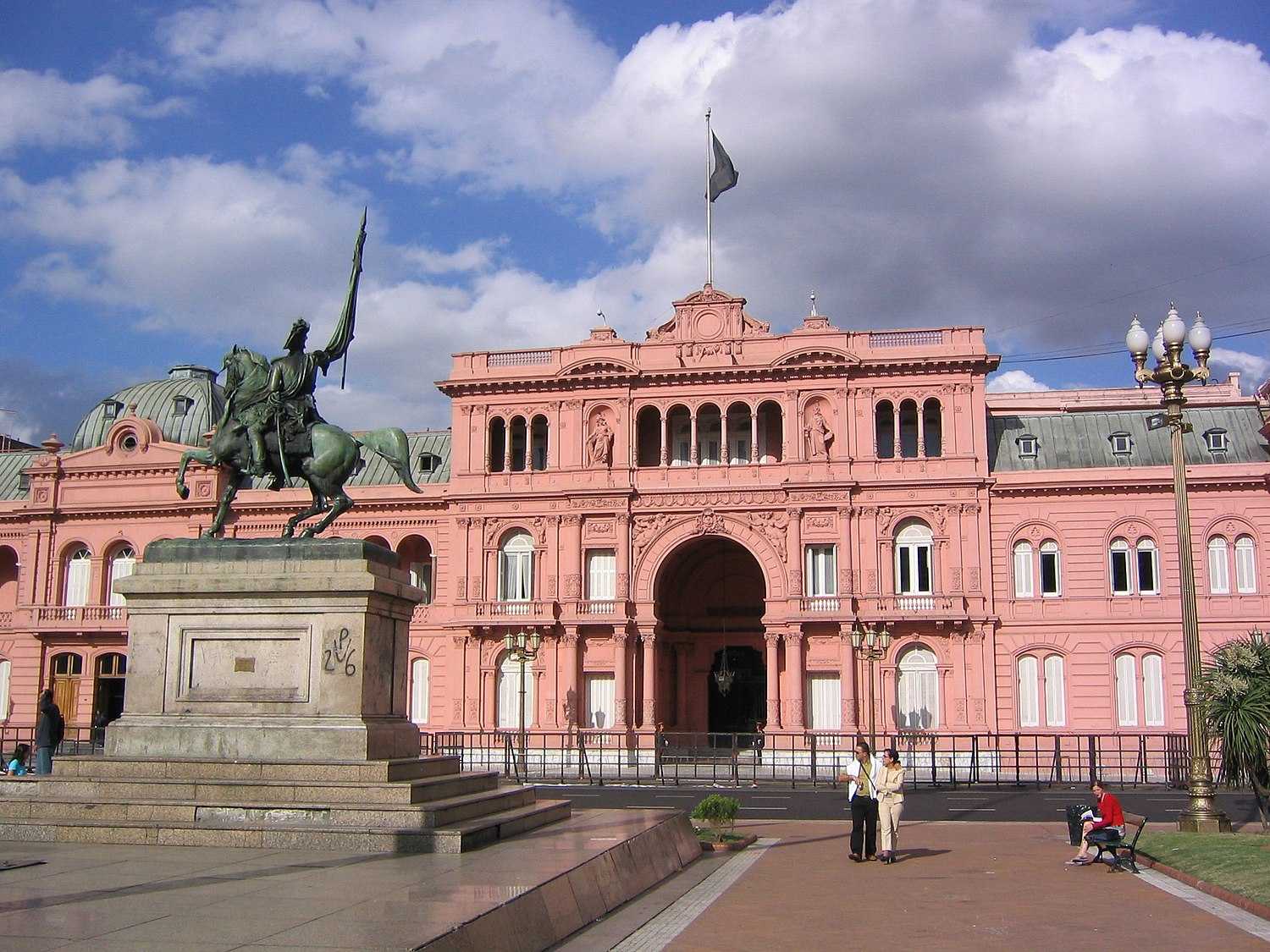 listen)),[7] officially the Autonomous City of Buenos Aires (Spanish: Ciudad Autónoma de Buenos Aires), is the capital and primate city of Argentina. The city is located on the western shore of the Río de la Plata, on South America's southeastern coast. "Buenos Aires" can be translated as "fair winds" or "good airs", but the former was the meaning intended by the founders in the 16th century, by the use of the original name "Real de Nuestra Señora Santa María del Buen Ayre", named after the Madonna of Bonaria in Sardinia, Italy. Buenos Aires is classified as an alpha global city, according to the Globalization and World Cities Research Network (GaWC) 2020 ranking.[8]

The city of Buenos Aires is neither part of Buenos Aires Province nor the Province's capital; rather, it is an autonomous district. In 1880, after decades of political infighting, Buenos Aires was federalized and removed from Buenos Aires Province.[9] The city limits were enlarged to include the towns of Belgrano and Flores; both are now neighborhoods of the city. The 1994 constitutional amendment granted the city autonomy, hence its formal name of Autonomous City of Buenos Aires. Its citizens first elected a Chief of Government in 1996; previously, the Mayor was directly appointed by the President of Argentina.

The Greater Buenos Aires conurbation, which also includes several Buenos Aires Province districts, constitutes the fourth-most populous metropolitan area in the Americas, with a population of around 15.6 million.[10] It is also the second largest city south of the Tropic of Capricorn. The quality of life in Buenos Aires was ranked 91st in the world in 2018, being one of the best in Latin America.[11][12] In 2012, it was the most visited city in South America, and the second-most visited city of Latin America.[13]

It is known for its preserved eclectic European architecture[14] and rich cultural life.[15] It is a multicultural city that is home to multiple ethnic and religious groups, contributing to its culture as well as to the dialect spoken in the city and in some other parts of the country. This is because since the 19th century, the city, and the country in general, has been a major recipient of millions of immigrants from all over the world, making it a melting pot where several ethnic groups live together. Thus, Buenos Aires is considered one of the most diverse cities of the Americas.[16] Buenos Aires held the 1st FIBA World Championship in 1950 and 11th FIBA World Championship in 1990, the 1st Pan American Games in 1951, was the site of two venues in the 1978 FIFA World Cup and one in the 1982 FIVB Men's World Championship. Most recently, Buenos Aires had a venue in the 2001 FIFA World Youth Championship and in the 2002 FIVB Volleyball Men's World Championship, hosted the 125th IOC Session in 2013, the 2018 Summer Youth Olympics[17] and the 2018 G20 summit.[18]