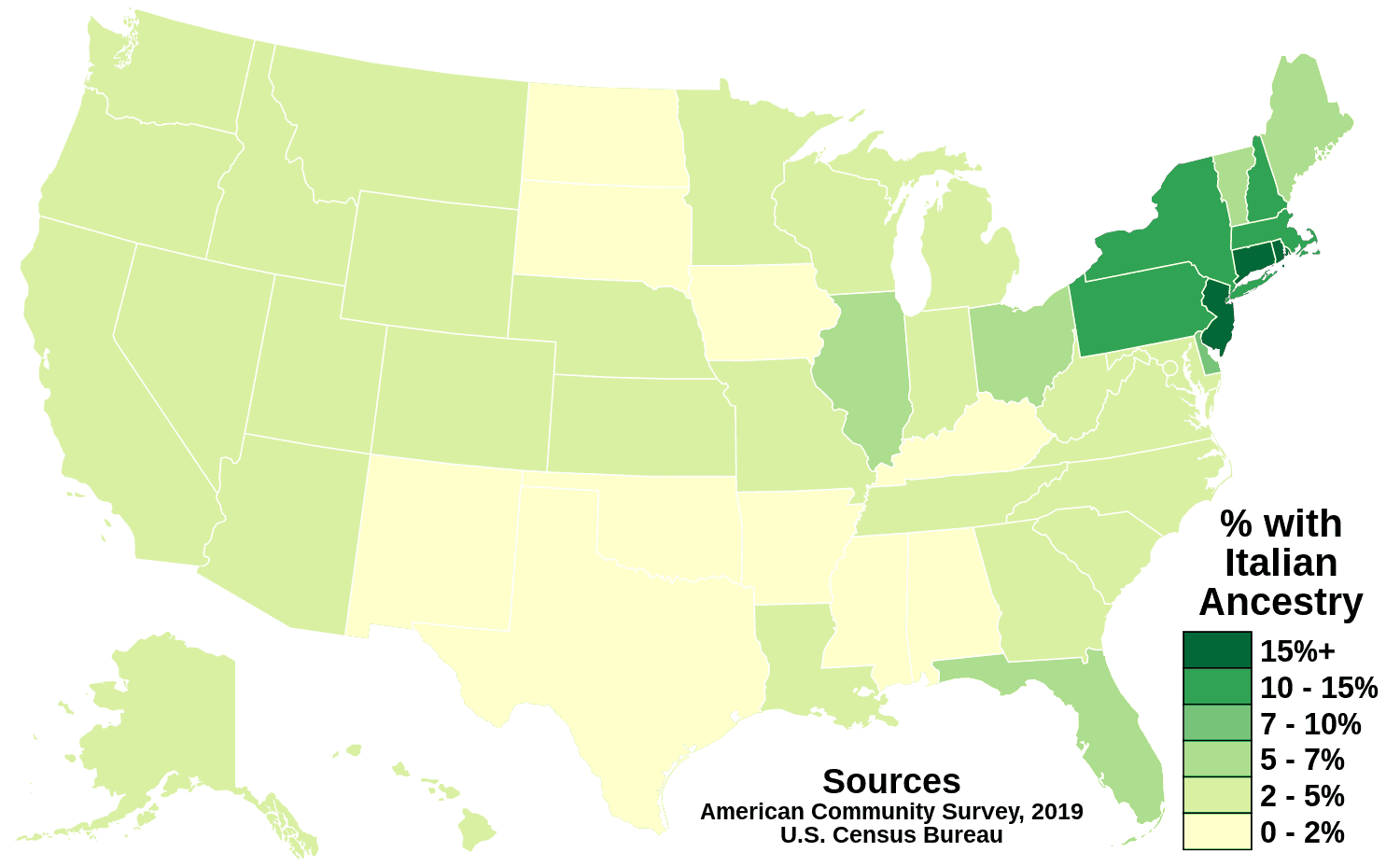 Between 1820 and 2004 approximately 5.5 million Italians migrated from Italy to the United States, in several distinct waves, with the greatest number arriving in the 20th century from Southern Italy. Initially, many Italian immigrants (usually single men), so-called "birds of passage", sent remittance back to their families in Italy and, eventually, returned to Italy; however, many other immigrants eventually stayed in the United States, creating the large Italian American communities that exist today.[11]

In 1870, prior to the large wave of Italian immigrants to the United States, there were fewer than 25,000 Italian immigrants in America, many of them Northern Italian refugees from the wars that accompanied the Risorgimento—the struggle for Italian reunification and independence from foreign rule which ended in 1870.[12]

Immigration began to increase during the 1870s, when more than twice as many Italians immigrated than during the five previous decades combined.[13][14] The 1870s were followed by the greatest surge of immigration, which occurred between 1880 and 1914 and brought more than 4 million Italians to the United States,[13][14] the largest number coming from the Southern Italian regions of Abruzzo, Molise, Campania, Apulia, Basilicata, Calabria, and Sicily, which were still mainly rural and agricultural and where much of the populace had been impoverished by centuries of foreign rule and the heavy tax burdens levied after unification of Italy in 1861.[15][16][17] This period of large-scale immigration ended abruptly with the onset of World War I in 1914 and, except for one year (1922), never fully resumed, though many Italians managed to immigrate despite new quota-based immigration restrictions. Italian immigration was limited by several laws Congress passed in the 1920s, such as the Immigration Act of 1924, which was specifically intended to reduce immigration from Italy and other Southern European countries, as well as immigration from Eastern European countries, by restricting annual immigration per country to a number proportionate to each nationality's existing share of the U.S. population in 1920, as determined by the National Origins Formula (which calculated Italy to be the fifth-largest national origin of the U.S., to be allotted 3.87% of annual quota immigrant spots).[18][19][20][21][22][23]

Following Italian unification, the Kingdom of Italy initially encouraged emigration to relieve economic pressures in Southern Italy.[17] After the American Civil War, which resulted in over a half million killed or wounded, immigrant workers were recruited from Italy and elsewhere to fill the labor shortage caused by the war. In the United States, most Italians began their new lives as manual laborers in eastern cities, mining camps and farms.[24] Italians settled mainly in the Northeastern U.S. and other industrial cities in the Midwest where working-class jobs were available. The descendants of the Italian immigrants steadily rose from a lower economic class in the first and second generation to a level comparable to the national average by 1970. The Italian community has often been characterized by strong ties to family, the Catholic Church, fraternal organizations, and political parties.[25]