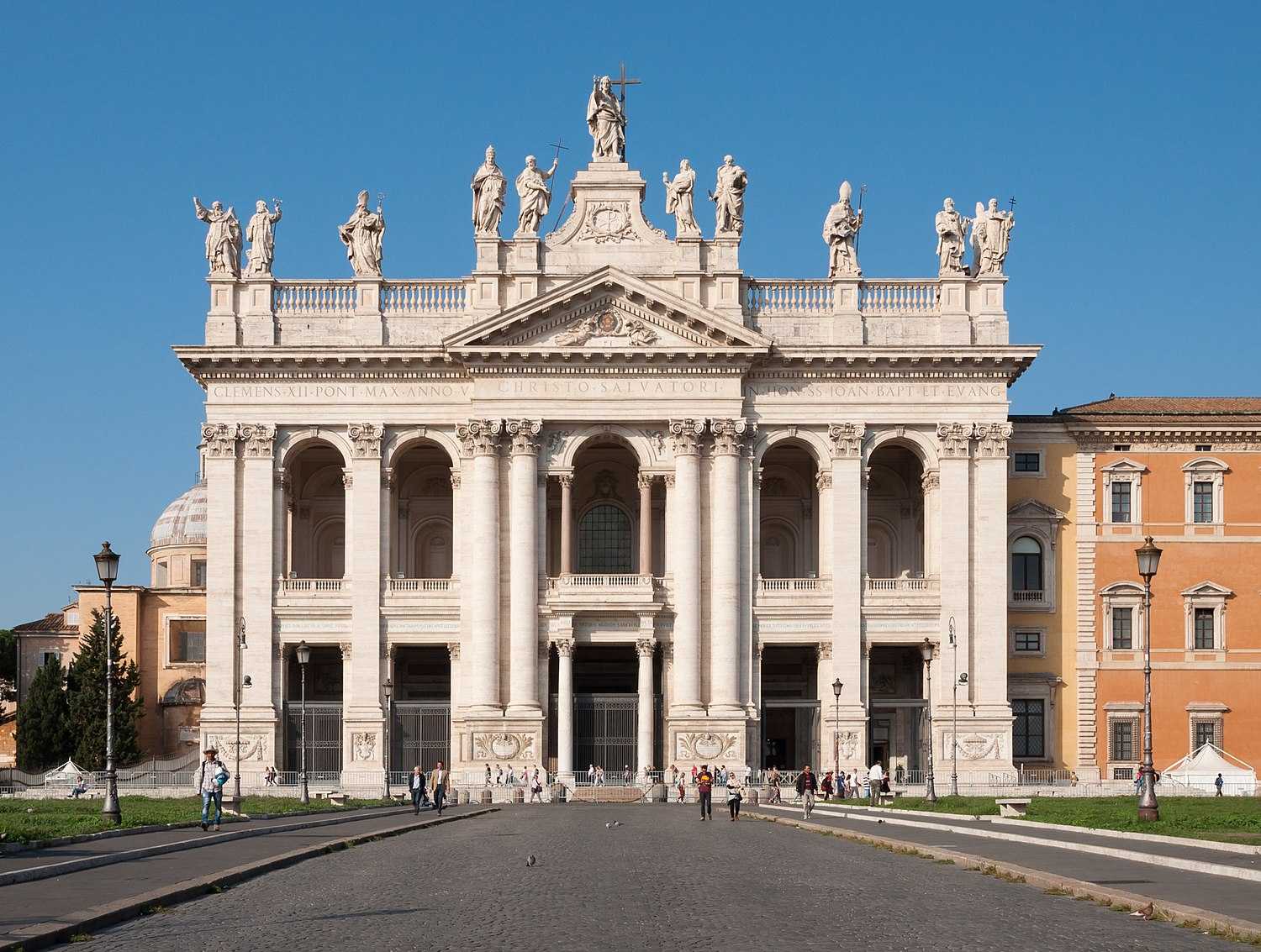 The Latin Church (Latin: Ecclesia Latina) is the largest autonomous (sui iuris) particular church within the Catholic Church,[3] whose members constitute the vast majority of the 1.3 billion Christians in communion with the Pope in Rome. The Latin Church is one of 24 churches sui iuris in communion with the pope; the other 23 are referred to as the Eastern Catholic Churches, and have approximately 18 million members combined. The Latin Church traditionally employs the Latin liturgical rites, which since the mid-twentieth century are very often translated into the vernacular language. The predominant liturgical rite is the Roman Rite, elements of which have been practiced since the fourth century.[4]

The Latin Church is directly headed by the Pope in his role as the Bishop of Rome, whose cathedra as a bishop is located in the Archbasilica of Saint John Lateran in Rome, Italy. The Latin Church historically developed within, and has strongly influenced Western culture; as such, it is also known as the Western Church (Latin: Ecclesia Occidentalis). It is also known as the Roman Church (Latin: Ecclesia Romana),[3] the Latin Catholic Church,[5][6] and in some contexts as the Roman Catholic Church (though this name can also refer to the Catholic Church as a whole).[7][N 1] One of the pope's traditional titles in some eras and contexts has been the Patriarch of the West.

The Catholic Church teaches that its bishops are the successors of Jesus' apostles, and that the Pope is the successor to Saint Peter upon whom primacy was conferred by Jesus Christ.[8] Within the substantial cultural and theological unity of the Latin Church, local traditions flourished in ancient times as is exemplified by the different theological methodologies of four major figures known as the Latin Doctors of the Church who lived in the 2nd–7th centuries in territories which included Roman north Africa and Palestine.

As regards liturgical forms, there exist and have existed since ancient times differing traditions of Latin liturgical rites, of which the predominant has been the Roman Rite. Of other liturgical families, the main survivors are what is now referred to officially as the Hispano-Mozarabic Rite, still in restricted use in Spain; the Ambrosian Rite, centred geographically on the Archdiocese of Milan, in Italy, and much closer in form, though not specific content, to the Roman Rite; and the Carthusian Rite, practised within the strict Carthusian monastic Order, which also employs in general terms forms similar to the Roman Rite, but with a number of significant divergences which have adapted it to the distinctive way of life of the Carthusians. There once existed what is referred to as the Gallican Rite, used in Gaulish or Frankish territories. This was a conglomeration of varying forms, not unlike the present Hispano-Mozarabic Rite in its general structures, but never strictly codified and which from at least the seventh century was gradually infiltrated, and then eventually for the most part replaced, by liturgical texts and forms which had their origin in the diocese of Rome. Other former "Rites" in past times practised in certain religious orders and important cities were in truth usually partial variants upon the Roman Rite and have almost entirely disappeared from current use, despite limited nostalgic efforts at revival of some of them and a certain indulgence by the Roman authorities.

The Latin Church was in full communion with what is referred to as the Eastern Orthodox Church until the East-West schism of Rome and Constantinople in 1054. From that time, but also before it, it became common to refer to Western Christians as Latins in contrast to Byzantines or Greeks. Following the Islamic conquests, the Crusades were launched by the West from 1095 to 1291 in order to defend Christians and their properties in the Holy Land against persecution. In the long term the Crusaders did not succeed in re-establishing political and military control of Israel and Judaea, which like former Christian North Africa and the rest of the Middle East remained under Islamic domination. The names of many former Christian dioceses of this vast area are still used by the Catholic Church as the names of Catholic titular sees, irrespective of liturgical families.

The division between "Latins" and "Greeks" does not cover the whole panoply of traditional Christian churches, since it leaves seriously out of reckoning the sizeable Eastern Catholic Churches, some of which follow the Byzantine liturgical tradition, but others, along with various ancient churches outside the Chalcedonian Christianity jointly known as the Oriental Orthodoxy, and outside the Pentarchical state church of Roman Empire, known as the Church of the East, and follow the greatly varying cultural, spiritual and liturgical traditions of Syro-Oriental, Syro-Antiochene, Armenian and Coptic Christianity.

In the early modern period and subsequently, the Latin Church carried out evangelizing missions to America, and from the late modern period to Sub-Saharan Africa and East Asia. The Protestant Reformation in the 16th century resulted in Protestantism breaking away, resulting in the fragmentation of Western Christianity, including not only Protestant offshoots of the Latin Church, but also smaller groups of 19th-century break-away Independent Catholic denominations.