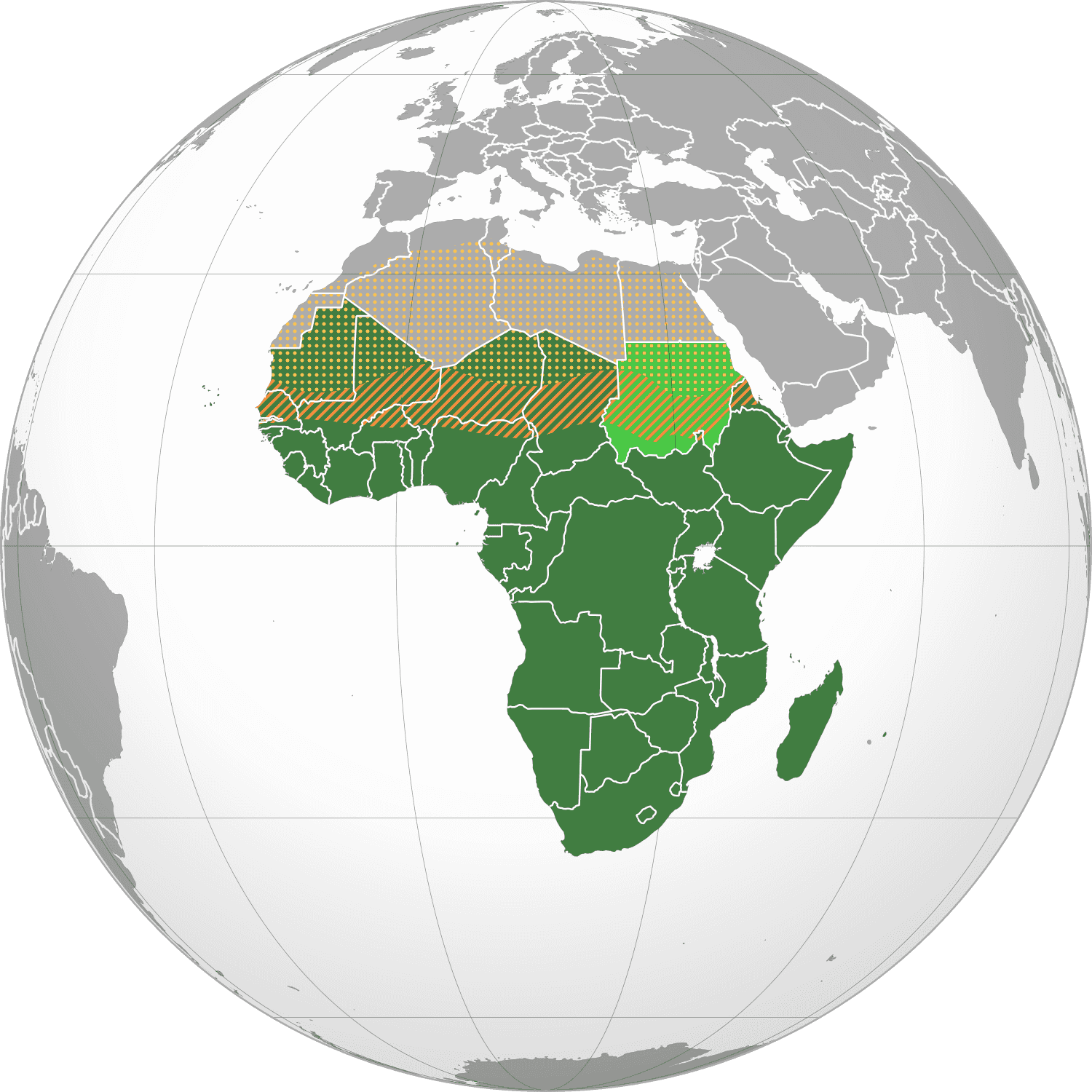 Sub-Saharan Africa is, geographically, the area and regions of the continent of Africa that lie south of the Sahara. These include West Africa, East Africa, Central Africa, and Southern Africa. Geopolitically, in addition to the African countries and territories that are situated fully in that specified region, the term may also include polities that only have part of their territory located in that region, per the definition of the United Nations (UN).[3] This is considered a non-standardized geographical region with the number of countries included varying from 46 to 48 depending on the organization describing the region (e.g. UN, WHO, World Bank, etc.). The African Union uses a different regional breakdown, recognizing all 55 member states on the continent - grouping them into 5 distinct and standard regions.

The term serves as a grouping counterpart to North Africa, which is instead grouped with the definition of MENA (i.e. Middle East–North Africa) as it is part of the Arab world, and most North African states are likewise members of the Arab League. However, while they are also member states of the Arab League, the Comoros, Djibouti, Somalia, and Mauritania (and sometimes Sudan) are all geographically considered to be part of sub-Saharan Africa.[4] Overall, the UN Development Programme applies the "sub-Saharan" classification to 46 of Africa's 55 countries, excluding Djibouti, SADR, Somalia, and Sudan.[5]

Since around 3900 BCE,[6][7] the Saharan and sub-Saharan regions of Africa have been separated by the extremely harsh climate of the sparsely populated Sahara, forming an effective barrier that is interrupted only by the Nile in Sudan, though navigation on the Nile was blocked by the Sudd and the river's cataracts. There is also an evident genetic divide between North Africa and sub-Saharan Africa that dates back to the Neolithic. The Sahara pump theory explains how flora and fauna (including Homo sapiens) left Africa to penetrate Eurasia and beyond. African pluvial periods are associated with a "Wet Sahara" phase, during which larger lakes and more rivers existed.[8]