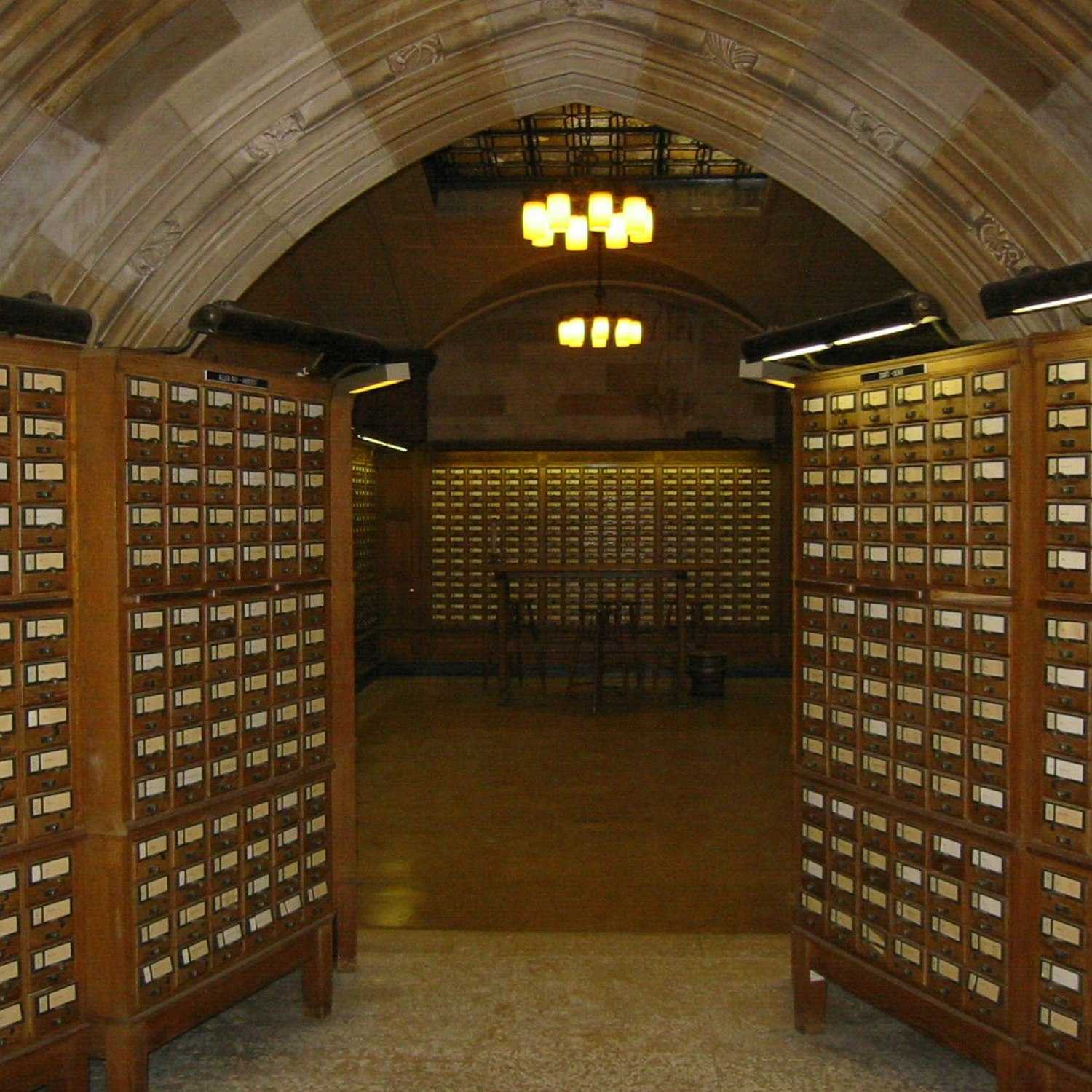 A library catalog (or library catalogue in British English) is a register of all bibliographic items found in a library or group of libraries, such as a network of libraries at several locations. A catalog for a group of libraries is also called a union catalog. A bibliographic item can be any information entity (e.g., books, computer files, graphics, realia, cartographic materials, etc.) that is considered library material (e.g., a single novel in an anthology), or a group of library materials (e.g., a trilogy), or linked from the catalog (e.g., a webpage) as far as it is relevant to the catalog and to the users (patrons) of the library.

The largest international library catalog in the world is the WorldCat union catalog managed by the non-profit library cooperative OCLC.[3] In January 2021, WorldCat had over 500,000,000 catalog records and over 3 billion library holdings.[4]