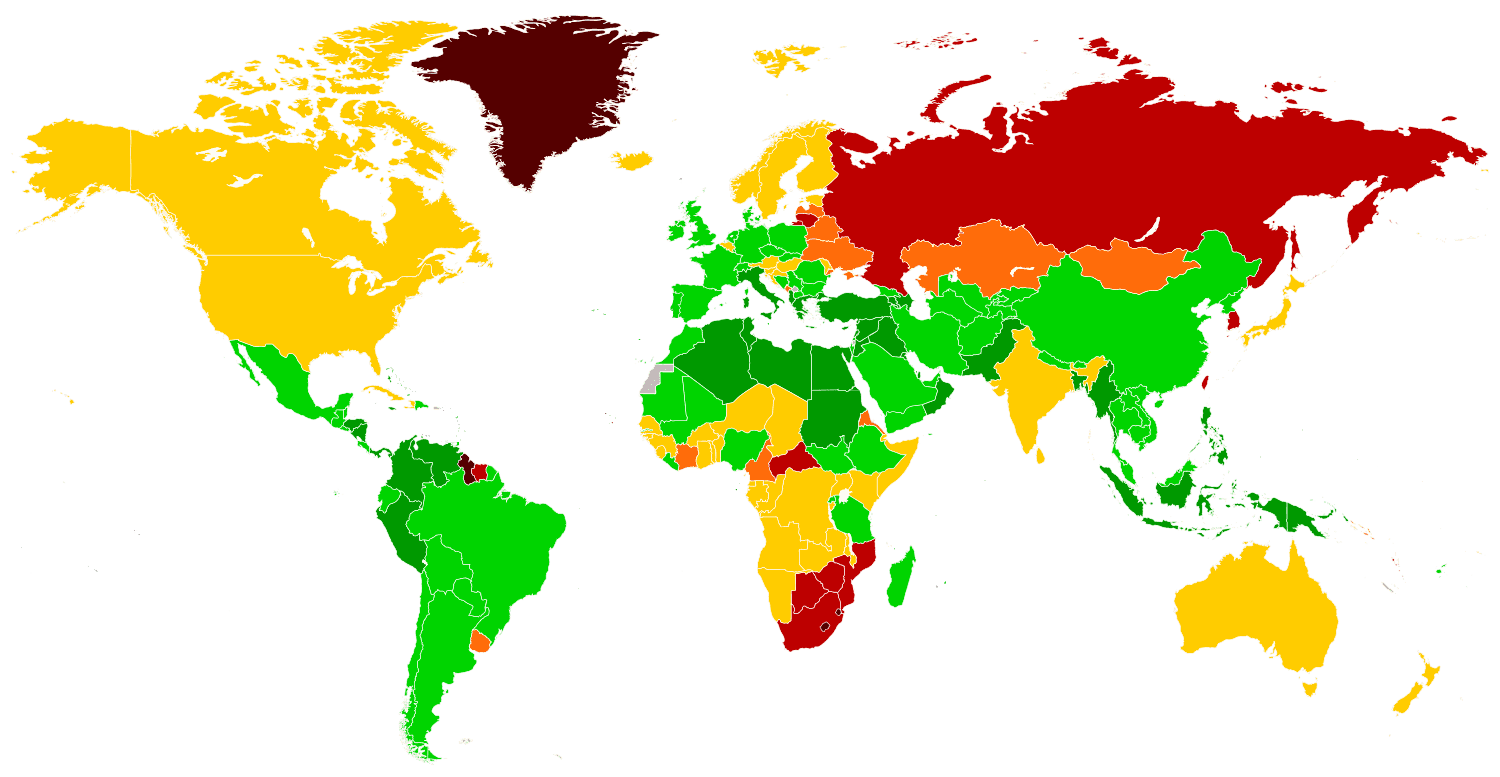 The following are lists of countries by suicide rate as published by the World Health Organization (WHO) and other sources.[note 1]

About one person in 5,000–15,000 dies by suicide every year, with an estimated global rate of 10.5 per 100,000 population[3] down from 11.6 in 2008.[4] In high-income modernized countries male and female rates of suicidal behaviors differ much compared to those in the rest of the world: while women are reportedly more prone to suicidal thoughts, rates of suicide are higher among men, which has been described as a "silent epidemic".[5][6][7][8][9]

In much of the world, suicide is stigmatized and condemned for religious or cultural reasons. In some countries, suicidal behavior is a criminal offence punishable by law. Suicide is therefore often a secretive act surrounded by taboo, and may be unrecognized, misclassified or deliberately hidden in official records of death.[5]

As such, suicide rates may be higher than measured, with men more at risk of committing suicide than women across nearly all cultures and backgrounds.[12] Suicide prevention and intervention is an important topic for all peoples, according to the WHO.[13]