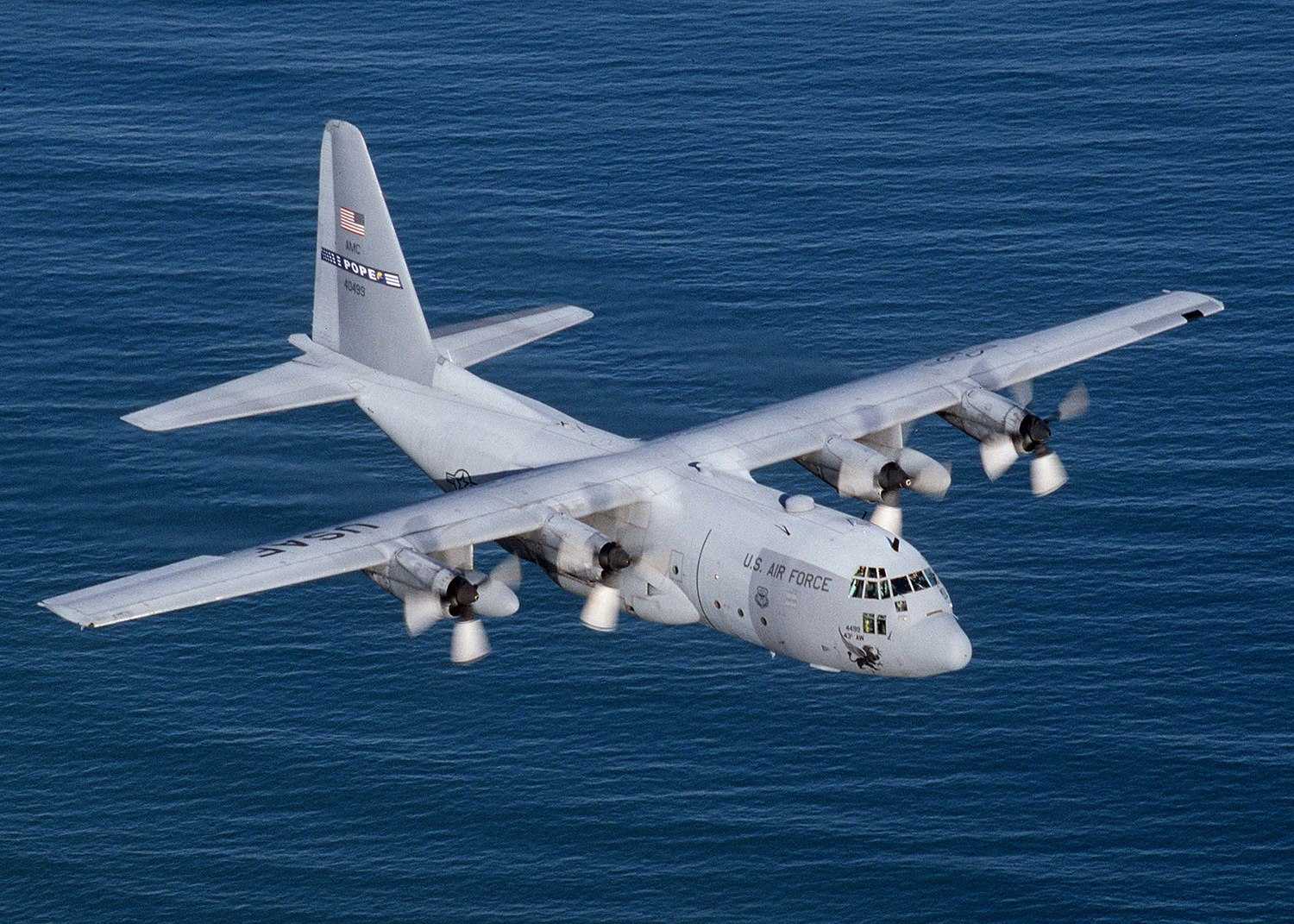 The Lockheed C-130 Hercules is an American four-engine turboprop military transport aircraft designed and built by Lockheed (now Lockheed Martin). Capable of using unprepared runways for takeoffs and landings, the C-130 was originally designed as a troop, medevac, and cargo transport aircraft. The versatile airframe has found uses in other roles, including as a gunship (AC-130), for airborne assault, search and rescue, scientific research support, weather reconnaissance, aerial refueling, maritime patrol, and aerial firefighting. It is now the main tactical airlifter for many military forces worldwide. More than 40 variants of the Hercules, including civilian versions marketed as the Lockheed L-100, operate in more than 60 nations.

The C-130 entered service with the U.S. in 1956, followed by Australia and many other nations. During its years of service, the Hercules has participated in numerous military, civilian and humanitarian aid operations. In 2007, the C-130 became the fifth aircraft[N 1] to mark 50 years of continuous service with its original primary customer, which for the C-130 is the United States Air Force. The C-130 Hercules is the longest continuously produced military aircraft at more than 60 years, with the updated Lockheed Martin C-130J Super Hercules currently being produced.[3]