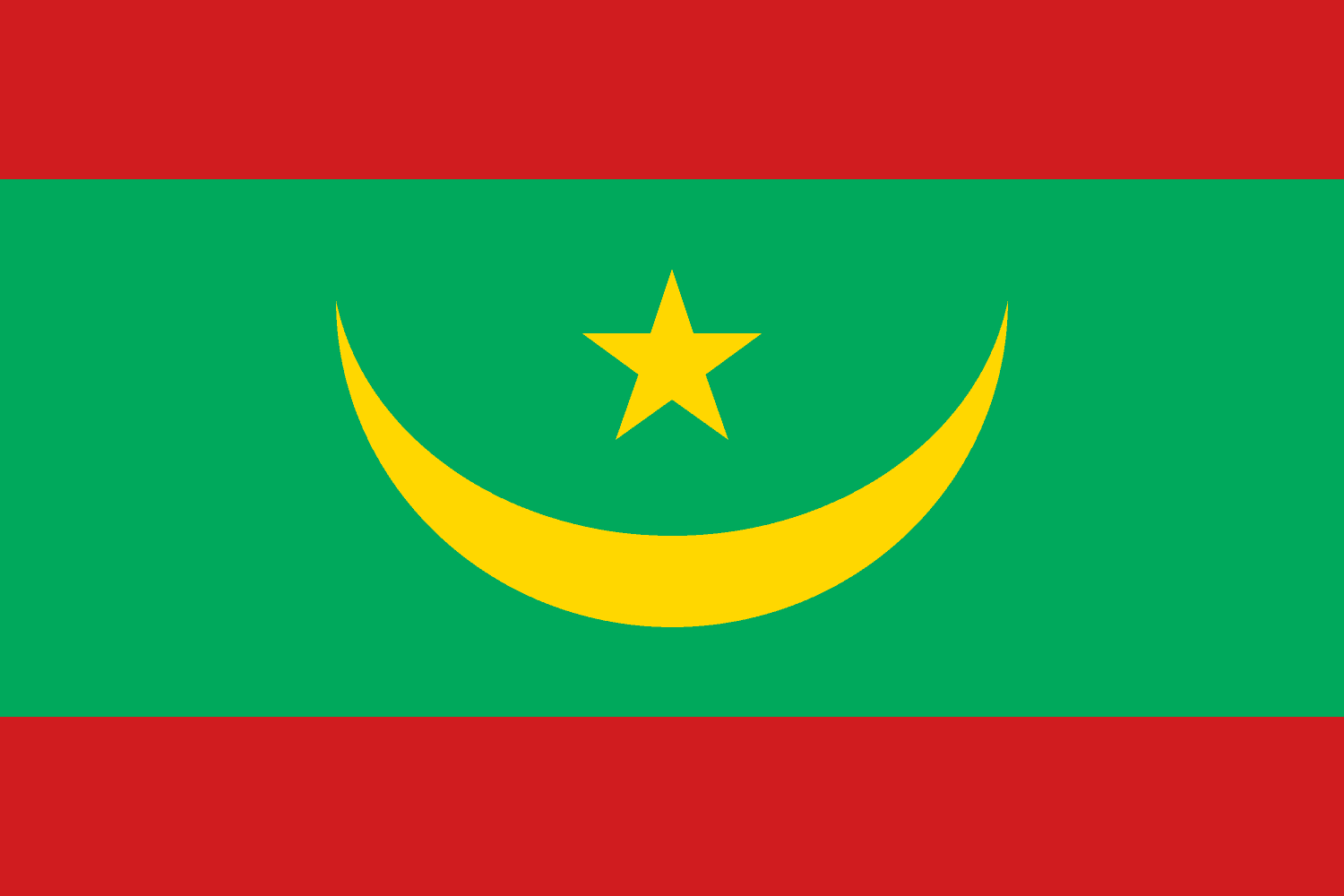 Mauritania,[lower-alpha 1] officially the Islamic Republic of Mauritania (Arabic: الجمهورية الإسلامية الموريتانية), is a sovereign country in Northwest Africa. It is bordered by the Atlantic Ocean to the west, Western Sahara to the north and northwest, Algeria to the northeast, Mali to the east and southeast, and Senegal to the southwest. Mauritania is the 11th-largest country in Africa and the 28th-largest in the world, and 90% of its territory is situated in the Sahara. Most of its population of 4.4 million lives in the temperate south of the country, with roughly one-third concentrated in the capital and largest city, Nouakchott, located on the Atlantic coast.

The country's name derives from the ancient Berber kingdom of Mauretania, located in North Africa within the ancient Maghreb. Berbers occupied what is now Mauritania beginning in the third century AD. Arabs under the Umayyad Caliphate conquered the area in the late seventh century, bringing Islam, Arab culture, and the Arabic language. In the early 20th century, Mauritania was colonized by France as part of French West Africa. It achieved independence in 1960, but has since experienced recurrent coups and periods of military dictatorship. The most recent coup, in 2008, was led by General Mohamed Ould Abdel Aziz, who won subsequent presidential elections in 2009 and 2014.[10] He was succeeded by Mohamed Ould Ghazouani following the 2019 elections, which were considered Mauritania's first peaceful transition of power since independence.[11]

Mauritania is culturally and politically part of the Arab world: it is a member of the Arab League and Arabic is the sole official language. The official religion is Islam, and almost all inhabitants are Sunni Muslims. Despite its prevailing Arab identity, Mauritanian society is multiethnic: the Bidhan, or so-called "white moors", make up 30% of the population,[12] while the Haratin, or so-called "black moors", comprise 40%.[12] Both groups reflect a fusion of Arab-Berber ethnicity, language, and culture. The remaining 30% of the population comprises various sub-Saharan ethnic groups.

Despite an abundance of natural resources, including iron ore and petroleum, Mauritania remains poor; its economy is based primarily on agriculture, livestock, and fishing. Mauritania is known for its poor human rights record, most notably the continued practice of slavery, a result of a historical caste system between the Bidhan and Haratin. It was the last country in the world to abolish slavery, in 1981, and criminalized it only in 2007.