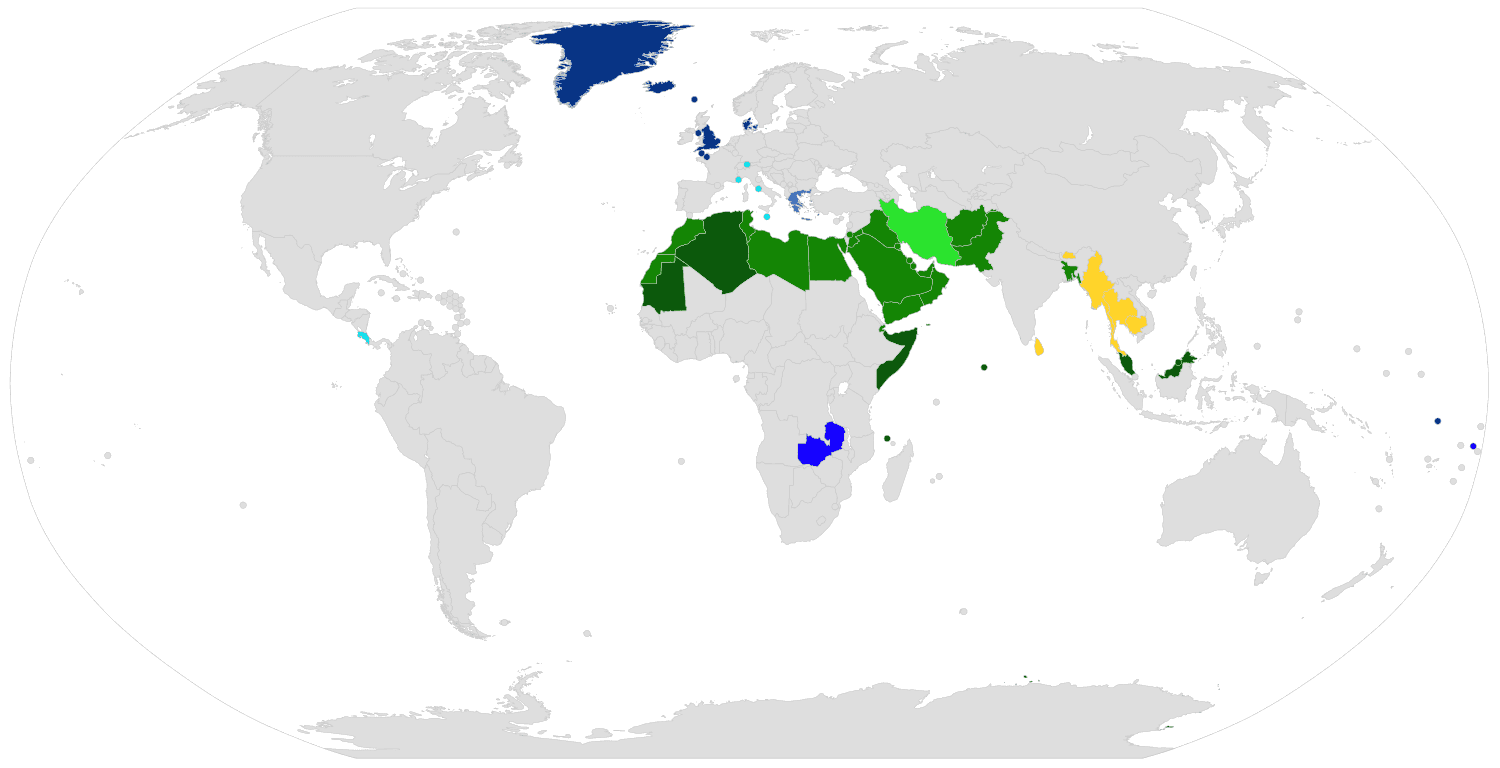 A state religion (also called religious state or official religion) is a religion or creed officially endorsed by a sovereign state. A state with an official religion (also known as confessional state), while not secular, is not necessarily a theocracy. State religions are official or government-sanctioned establishments of a religion, but the state does not need to be under the control of the religion (as in a theocracy) nor is the state-sanctioned religion necessarily under the control of the state.

Religious body or creed officially endorsed by the state

Official religions have been known throughout human history in almost all types of cultures, reaching into the Ancient Near East and prehistory. The relation of religious cult and the state was discussed by the ancient Latin scholar Marcus Terentius Varro, under the term of theologia civilis (lit. 'civic theology'). The first state-sponsored Christian church was the Armenian Apostolic Church, established in 301 CE.[28] In Christianity, as the term church is typically applied to a place of worship for Christians or organizations incorporating such ones, the term state church is associated with Christianity as sanctioned by the government, historically the state church of the Roman Empire in the last centuries of the Empire's existence, and is sometimes used to denote a specific modern national branch of Christianity. Closely related to state churches are ecclesiae, which are similar but carry a more minor connotation.

In the Middle East, the majority of states with a predominantly Muslim population have Islam as their official religion, though the degree of religious restrictions on citizens' everyday lives varies by country. Rulers of Saudi Arabia use both secular and religious power, while Iran's secular presidents are supposed to follow the decisions of religious authorities since the 1979 Islamic Revolution. Turkey, which also has Muslim-majority population, became a secular country after Atatürk's Reforms, although unlike the Russian Revolution of the same time period, it did not result in the adoption of state atheism.

The degree to which an official national religion is imposed upon citizens by the state in contemporary society varies considerably; from high as in Saudi Arabia and Iran to minimal or none at all as Denmark, England, Iceland, and Greece.