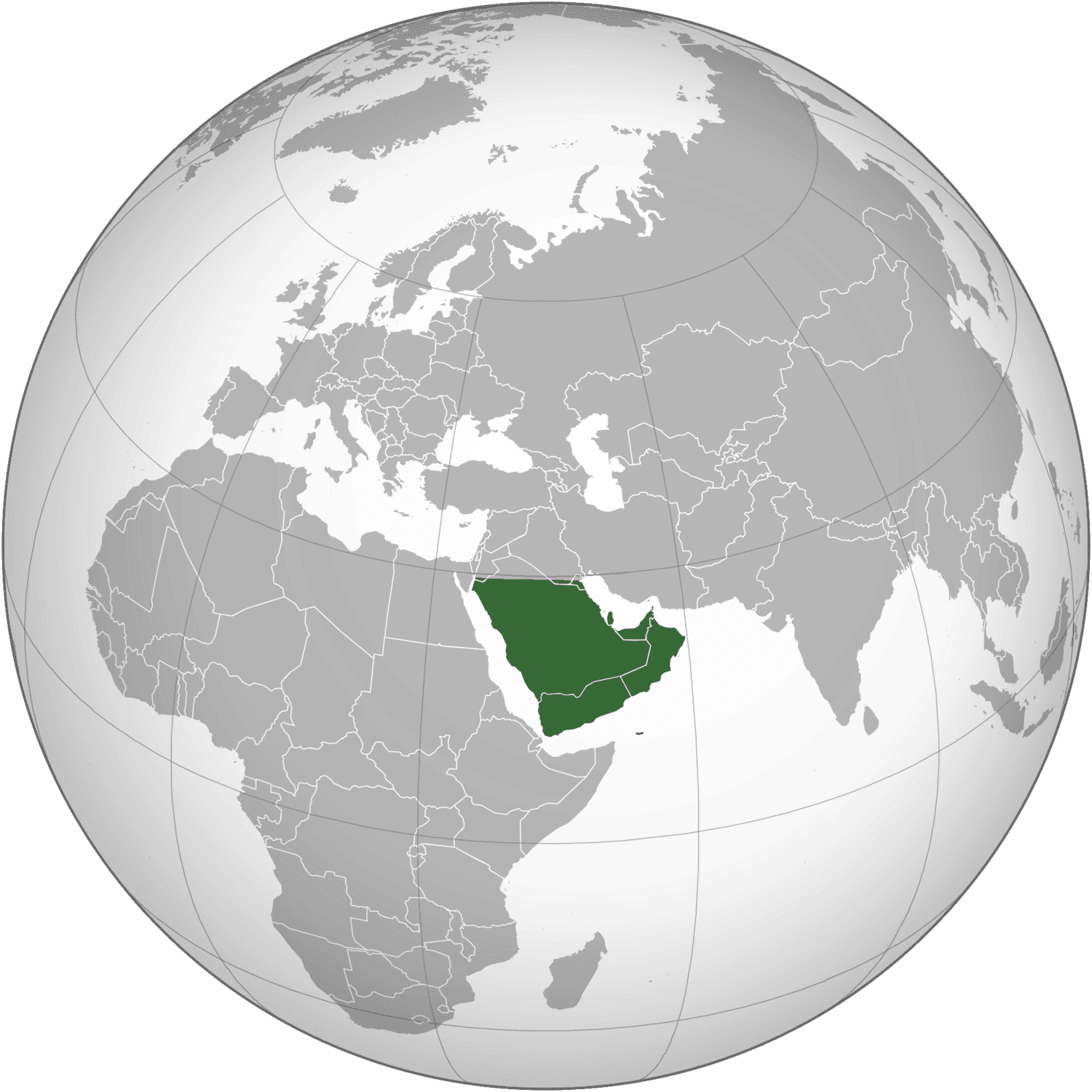 The Arabian Peninsula,[1] (/əˈreɪbiən ... /; Arabic: شِبْهُ الْجَزِيرَةِ الْعَرَبِيَّة, shibhu l-jazīrati l-ʿarabiyyah, "Arabian Peninsula" or جَزِيرَةُ الْعَرَب, jazīratu l-ʿarab, "Island of the Arabs")[2] or Arabia, is a peninsula of Western Asia, situated northeast of Africa on the Arabian Plate, and located in the center of the Middle East. At 3,237,500 km2 (1,250,000 sq mi), the Arabian Peninsula is the largest peninsula in the world.[3][4][5][6][7]

Geographically, the Arabian Peninsula includes Bahrain,[lower-alpha 1] Kuwait, Oman, Qatar, Saudi Arabia, the United Arab Emirates (UAE), and Yemen,[lower-alpha 3] as well as southern Iraq and Jordan.[8] The largest of these is Saudi Arabia.[9] In the classical era, the southern portions of modern-day Syria, Jordan, and the Sinai Peninsula were also considered parts of Arabia (see Arabia Petraea).

The Arabian Peninsula formed as a result of the rifting of the Red Sea between 56 and 23 million years ago, and is bordered by the Red Sea to the west and southwest, the Persian Gulf and the Gulf of Oman to the northeast, the Levant and Mesopotamia to the north and the Arabian Sea and the Indian Ocean to the southeast. The peninsula plays a critical geopolitical role in the Arab world and globally due to its vast reserves of oil and natural gas.

Before the modern era, the region was divided into primarily four distinct regions: the Central Plateau (Najd and Al-Yamama), South Arabia (Yemen, Hadhramaut and Oman), Al-Bahrain (Eastern Arabia or Al-Hassa), and the Hejaz (Tihamah for the western coast), as described by Ibn al-Faqih.[10]