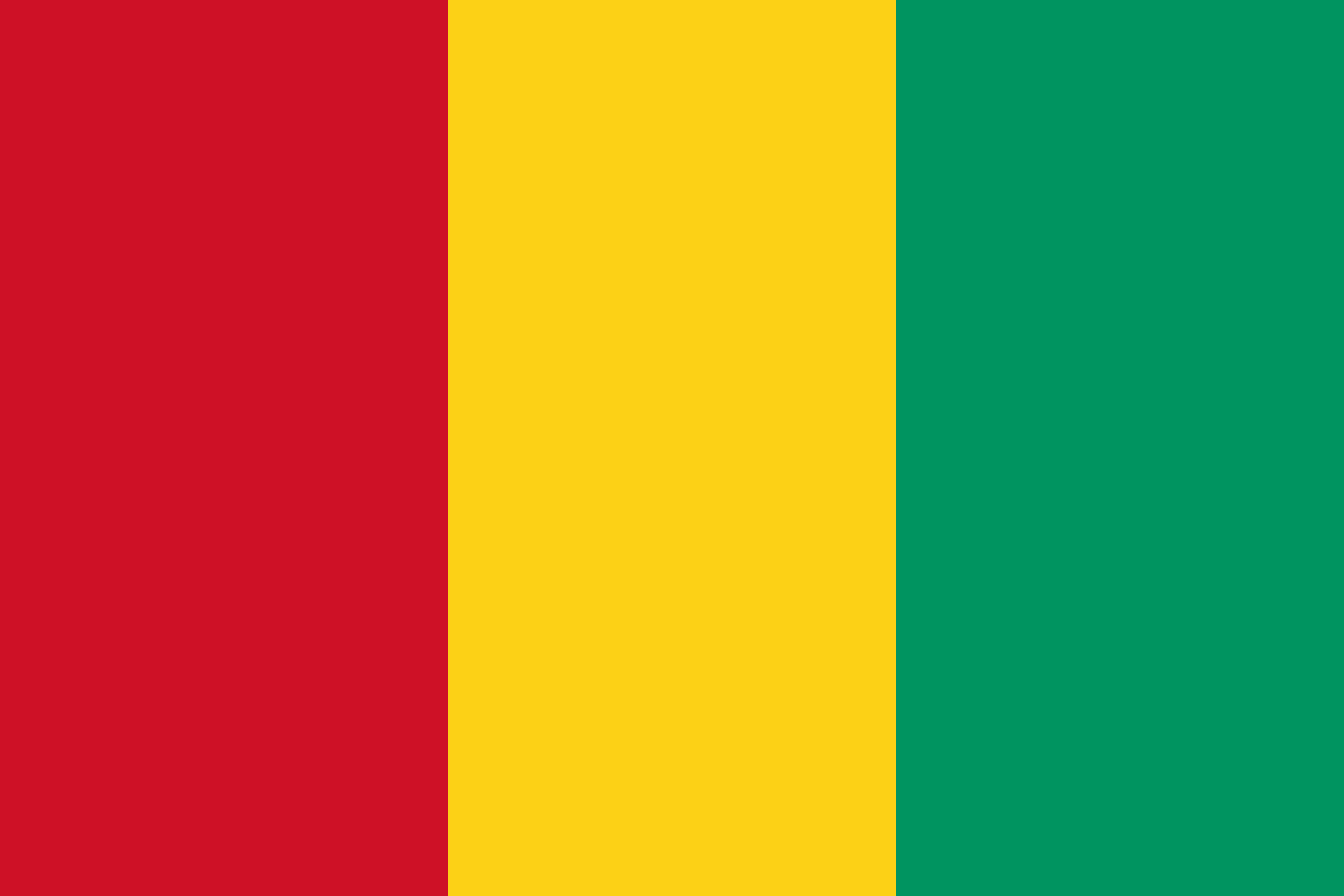 listen) GHIN-ee),[lower-alpha 1] officially the Republic of Guinea (French: République de Guinée), is a coastal country in West Africa. It borders the Atlantic Ocean to the west, Guinea-Bissau to the northwest, Senegal to the north, Mali to the northeast, Cote d'Ivoire to the southeast, and Sierra Leone and Liberia to the south. It is sometimes referred to as Guinea-Conakry after its capital Conakry, to distinguish it from other territories in the eponymous region such as Guinea-Bissau and Equatorial Guinea.[8][9][10][11] It has a population of 13.5 million and an area of 245,857 square kilometres (94,926 sq mi).[12]

Formerly French Guinea, it achieved independence in 1958.[13] It has a history of military coups d'état.[14][15][16] After decades of authoritarian rule, in 2010 it held its first democratic election.[16][17][18] As it continued to hold multi-party elections, the country continued to face ethnic conflicts, corruption, and abuses by military and police.[18][19] In 2011, the United States government claimed that torture by security forces and abuse of women and children (including female genital mutilation) were ongoing human rights issues.[20] In 2021, a military faction overthrew president Alpha Condé and suspended the constitution.[14][15][16]

Muslims represent 85% of the population.[8][21][22] The country is divided into four geographic regions: Maritime Guinea on the Atlantic coast, the Fouta Djallon or Middle Guinea highlands, the Upper Guinea savanna region in the northeast, and the Guinée forestière region of tropical forests. French, the official language of Guinea, is a language of communication in schools, in government administration, and the media. More than 24 indigenous languages are spoken and the largest are Susu, Pular, and Maninka, which dominate respectively in Maritime Guinea, Fouta Djallon, and Upper Guinea, while Guinée forestière is ethnolinguistically diverse. Guinea's economy is mostly dependent on agriculture and mineral production.[23] It is the world's second largest producer of bauxite, and has deposits of diamonds and gold.[24] The country was at the core of the 2014 Ebola outbreak.