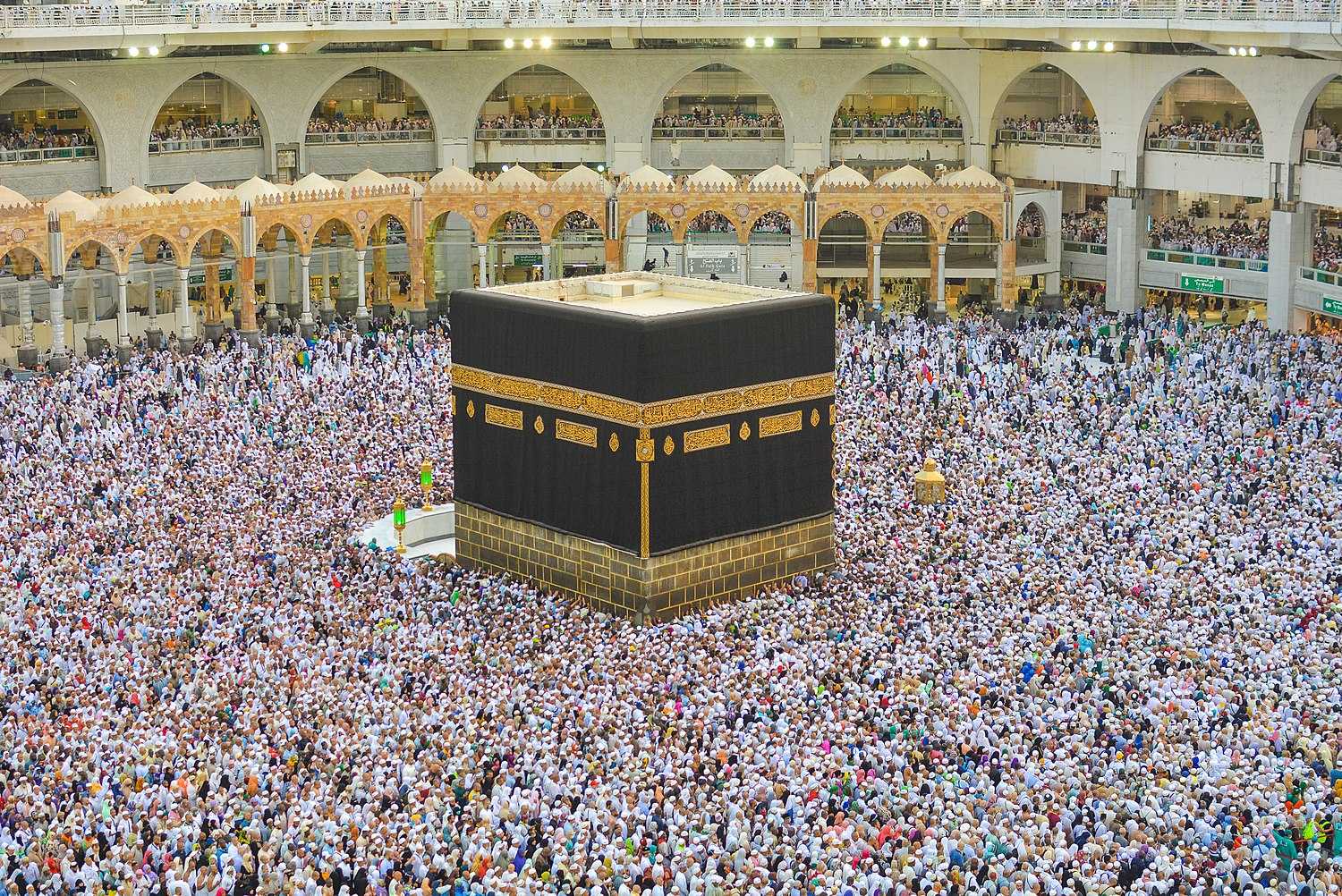 listen), transl. "Submission [to God]")[7][8] is an Abrahamic monotheistic religion centered around the Quran and the teachings of Muhammad.[9][10] Adherents of Islam, called Muslims,[11] number approximately 1.9 billion globally and are the world's second-largest religious population after Christians.[6][12][13][14]

Muslims believe that Islam is the complete and universal version of a primordial faith that was revealed many times through earlier prophets such as Adam, Abraham, Moses, and Jesus, among others;[15][16] these earlier revelations are attributed to Judaism and Christianity, which are regarded in Islam as spiritual predecessor faiths.[17] Muslims consider the Quran to be the verbatim word of God and the unaltered, final revelation.[18] They also consider Muhammad as the main and final Islamic prophet. The teachings and normative example of Muhammad, called the sunnah, documented in accounts called the hadith, provide a constitutional model for Muslims.[19] Islam teaches that God is one and incomparable.[20] It states that there will be a "Final Judgement" wherein the righteous will be rewarded in paradise (jannah) and the unrighteous will be punished in hell (jahannam).[21] The Five Pillars—considered obligatory acts of worship—comprise the Islamic oath and creed (shahada); daily prayers (salah); almsgiving (zakat); fasting (sawm) in the month of Ramadan; and a pilgrimage (hajj) to Mecca.[22] Islamic law, sharia, touches on virtually every aspect of life, from banking and finance and welfare to men's and women's roles and the environment.[23][24] Prominent religious festivals include Eid al-Fitr, and Eid al-Adha. The three holiest sites in Islam in descending order are Masjid al-Haram in Mecca, Al-Masjid an-Nabawi in Medina, and Al-Aqsa Mosque in Jerusalem.[25]

Islam originated in the 7th century in Mecca.[26] Muslim rule expanded outside Arabia under the Rashidun Caliphate and the subsequent Umayyad Caliphate ruled from the Iberian Peninsula to the Indus Valley. In the Islamic Golden Age, mostly during the reign of the Abbasid Caliphate, much of the Muslim world experienced a scientific, economic and cultural flourishing.[27] The expansion of the Muslim world involved various states and caliphates as well as extensive trade and religious conversion as a result of Islamic missionary activities (dawah),[28] and through conquests.[29][30]

There are two major Islamic denominations: Sunni Islam (85–90%)[31] and Shia Islam (10–15%).[32][33][34] While Sunni–Shia differences initially arose from disagreements over the succession to Muhammad, they grew to cover a broader dimension, both theologically and juridically.[35] Muslims make up a majority of the population in 49 countries.[36][37] Approximately 12% of the world's Muslims live in Indonesia, the most populous Muslim-majority country;[38] 31% live in South Asia;[39] 20% live in the Middle East–North Africa; and 15% live in sub-Saharan Africa.[40] Sizable Muslim communities are also present in the Americas, China, and Europe.[41][42] Due largely to a higher fertility rate,[43] Islam is the world's fastest growing major religious group, and is projected to be the world's largest religion by the end of the 21st century.[44]