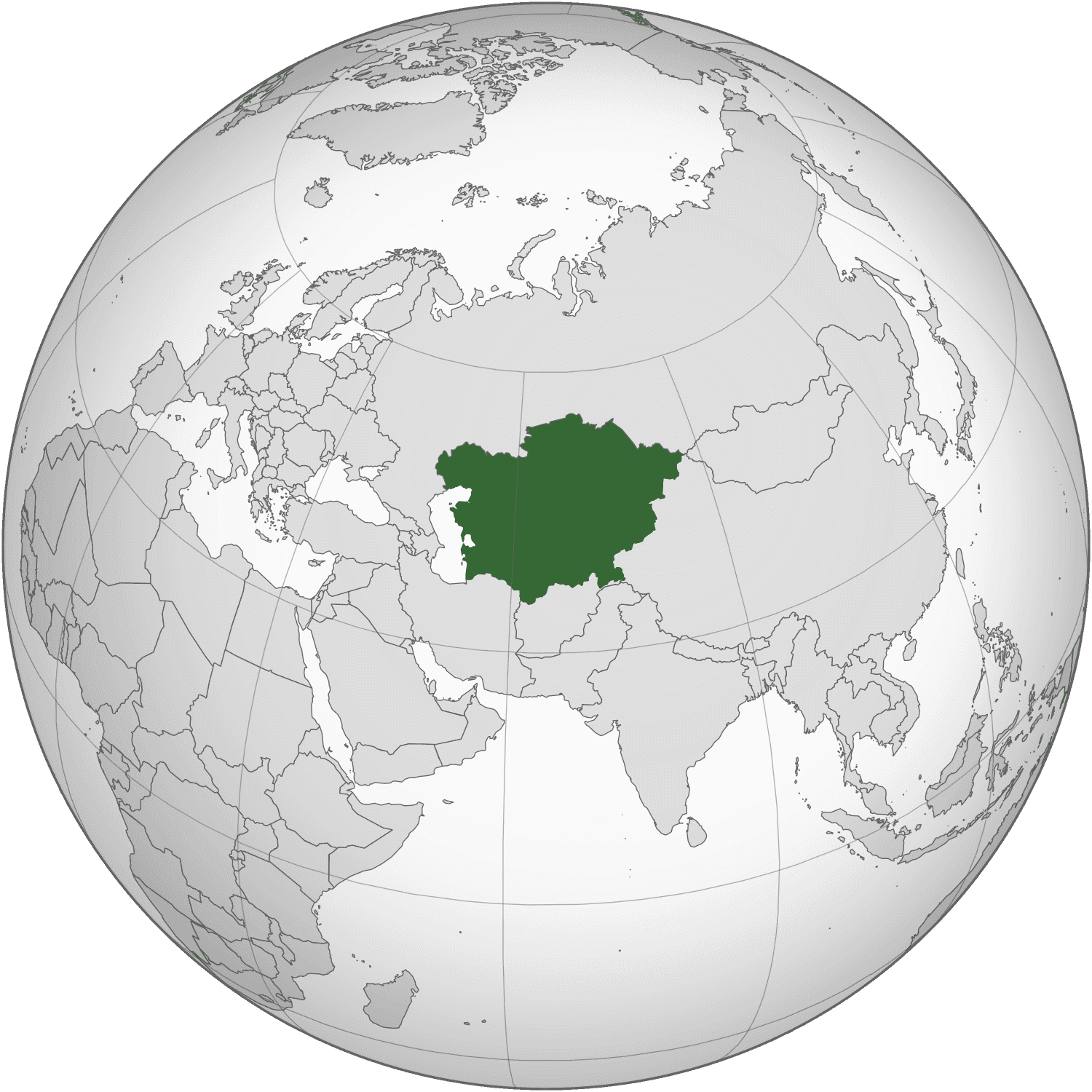 Central Asia, also known as Middle Asia, is a region of Asia that stretches from the Caspian Sea in the west to western China and Mongolia in the east,[4] and from Afghanistan and Iran in the south to Russia in the north. It includes the former Soviet republics of Kazakhstan, Kyrgyzstan, Tajikistan, Turkmenistan, and Uzbekistan,[5] which are colloquially referred to as the "-stans" as the countries all have names ending with the Persian suffix "-stan", meaning "land of".[6] The current geographical location of Central Asia was formerly part of the historic region of Turkistan, also known as Turan.

Subregion of the Asian continent

In the pre-Islamic and early Islamic eras (c. 1000 and earlier) Central Asia was inhabited predominantly by Iranian peoples,[7][8] populated by Eastern Iranian-speaking Bactrians, Sogdians, Chorasmians and the semi-nomadic Scythians and Dahae. After expansion by Turkic peoples, Central Asia also became the homeland for the Kazakhs, Uzbeks, Tatars, Turkmen, Kyrgyz, and Uyghurs; Turkic languages largely replaced the Iranian languages spoken in the area, with the exception of Tajikistan and areas where Tajik is spoken.

Central Asia was historically closely tied to the Silk Road trade routes,[9] acting as a crossroads for the movement of people, goods, and ideas between Europe and the Far East.[10][11][12]

From the mid-19th century until almost the end of the 20th century, Central Asia was colonised by the Russians, and incorporated into the Russian Empire, and later the Soviet Union, which led to Russians and other Slavs emigrating into the area. Modern-day Central Asia is home to a large population of European settlers, who mostly live in Kazakhstan; 7 million Russians, 500,000 Ukrainians,[13][14][15] and about 170,000 Germans.[16] Stalinist-era forced deportation policies also mean that over 300,000 Koreans live there.[17]