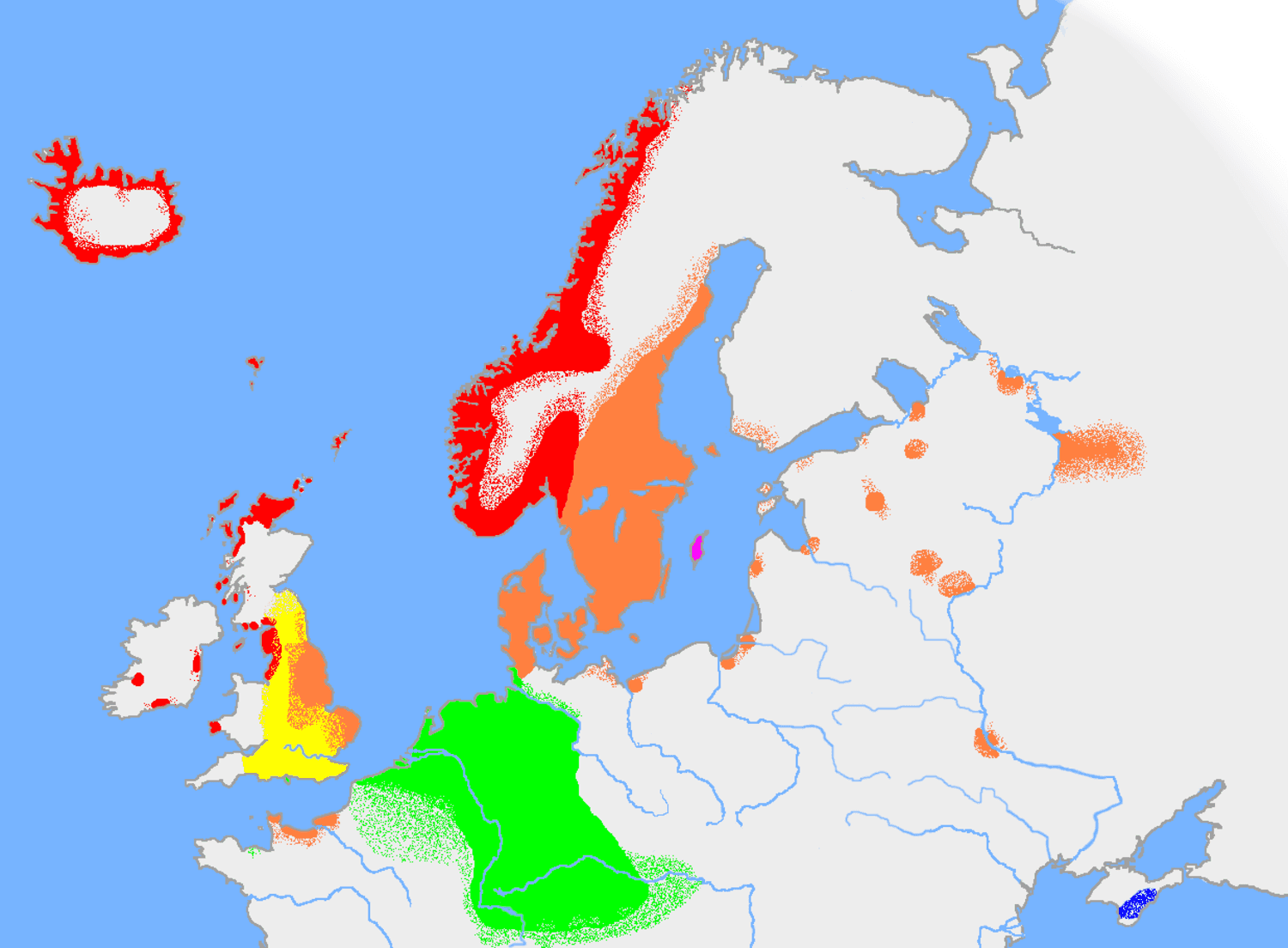 The Proto-Norse language developed into Old Norse by the 8th century, and Old Norse began to develop into the modern North Germanic languages in the mid-to-late 14th century, ending the language phase known as Old Norse. These dates, however, are not absolute, since written Old Norse is found well into the 15th century.[4][better source needed]