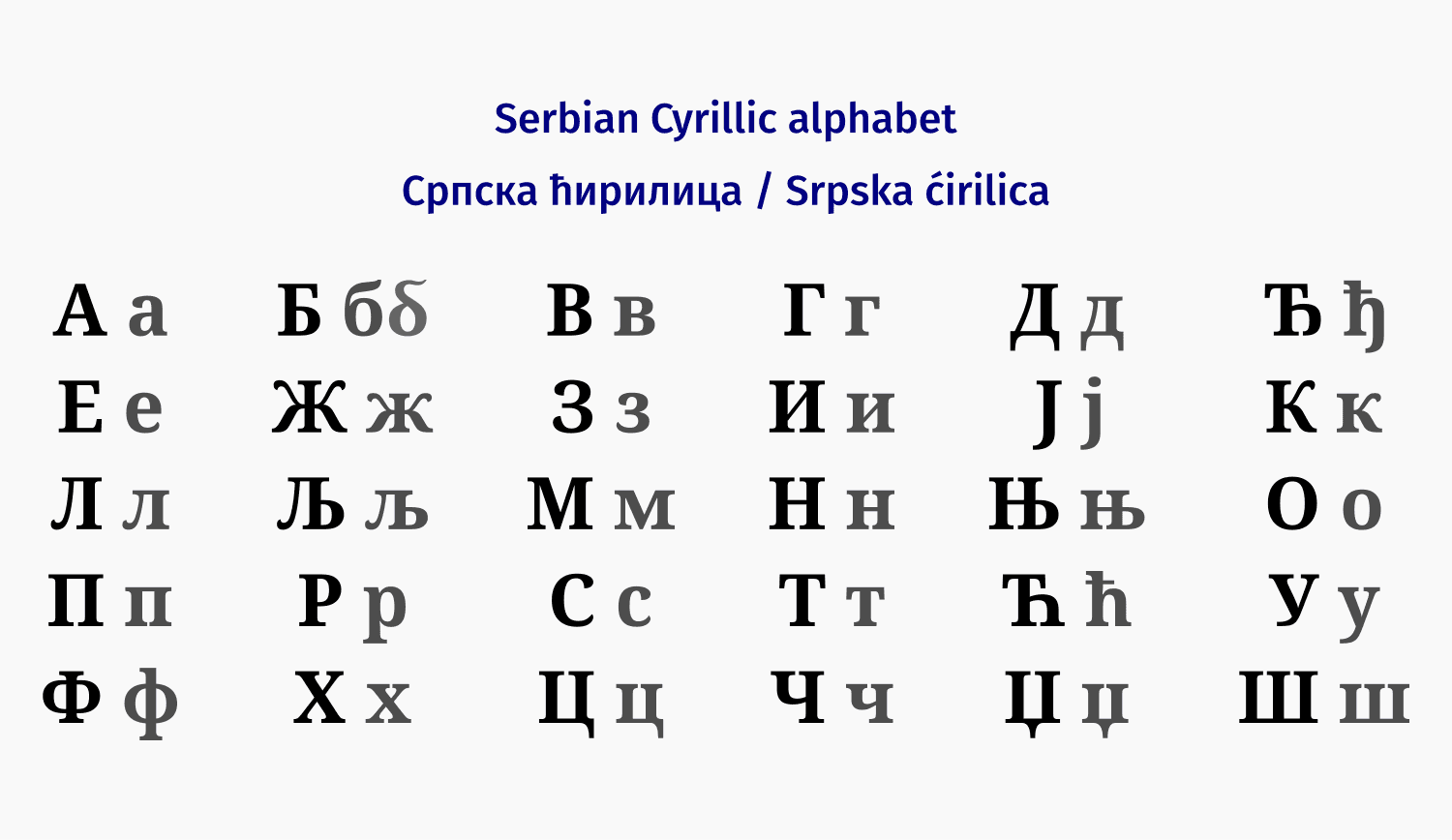 The Serbian Cyrillic alphabet (Serbian: Српска ћирилица / Srpska ćirilica, pronounced [sr̩̂pskaː tɕirǐlitsa]) is a variation of the Cyrillic script used to write the Serbian language, updated in 1818 by Serbian linguist Vuk Karadžić. It is one of the two alphabets used to write standard modern Serbian, the other being Gaj's Latin alphabet.

Official script of the Serbian language
This article contains special characters. Without proper rendering support, you may see question marks, boxes, or other symbols.

Karadžić based his alphabet on the previous Slavonic-Serbian script, following the principle of "write as you speak and read as it is written", removing obsolete letters and letters representing iotified vowels, introducing ⟨J⟩ from the Latin alphabet instead, and adding several consonant letters for sounds specific to Serbian phonology. During the same period, linguists led by Ljudevit Gaj adapted the Latin alphabet, in use in western South Slavic areas, using the same principles. As a result of this joint effort, Serbian Cyrillic and Gaj's Latin alphabets for Serbian-Croatian have a complete one-to-one congruence, with the Latin digraphs Lj, Nj, and Dž counting as single letters.

Karadžić's Cyrillic alphabet was officially adopted in Serbia in 1868, and was in exclusive use in the country up to the interwar period. Both alphabets were official in the Kingdom of Yugoslavia and later in the Socialist Federal Republic of Yugoslavia. Due to the shared cultural area, Gaj's Latin alphabet saw a gradual adoption in Serbia since, and both scripts are used to write modern standard Serbian. In Serbia, Cyrillic is seen as being more traditional, and has the official status (designated in the constitution as the "official script", compared to Latin's status of "script in official use" designated by a lower-level act, for national minorities). It is also an official script in Bosnia and Herzegovina and Montenegro, along with Gaj's Latin.