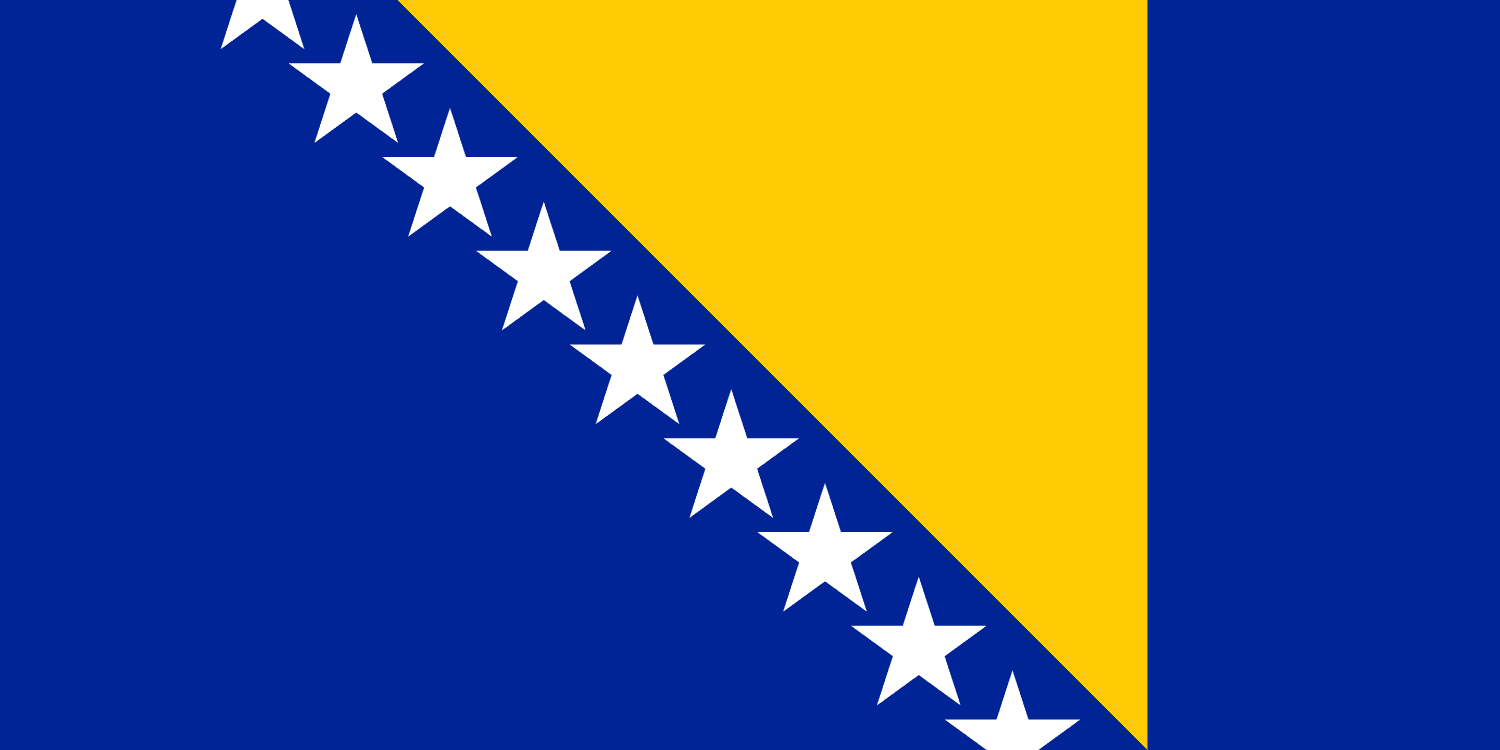 Bosnia and Herzegovina (Bosna i Hercegovina / Босна и Херцеговина, pronounced [bôsna i xěrtseɡoʋina]),[lower-alpha 1] abbreviated BiH or B&H,[lower-alpha 2] sometimes called Bosnia–Herzegovina and often known informally as Bosnia, is a country at the crossroads of south and southeast Europe, located in the Balkans. Bosnia and Herzegovina borders Serbia to the east, Montenegro to the southeast, and Croatia to the north and southwest. In the south it has a narrow coast on the Adriatic Sea within the Mediterranean, which is about 20 kilometres (12 miles) long and surrounds the town of Neum. Bosnia, which is the inland region of the country, has a moderate continental climate with hot summers and cold, snowy winters. In the central and eastern regions of the country, the geography is mountainous, in the northwest it is moderately hilly, and in the northeast it is predominantly flat. Herzegovina, which is the smaller, southern region of the country, has a Mediterranean climate and is mostly mountainous. Sarajevo is the capital and the largest city of the country followed by Banja Luka, Tuzla and Zenica.

The area that is now Bosnia and Herzegovina has been inhabited by human beings since at least the Upper Paleolithic, but evidence suggests that during the Neolithic age, permanent human settlements were established, including those that belonged to the Butmir, Kakanj, and Vučedol cultures. After the arrival of the first Indo-Europeans, the area was populated by several Illyrian and Celtic civilizations. Culturally, politically, and socially, the country has a rich and complex history. The ancestors of the South Slavic peoples that populate the area today arrived during the 6th through the 9th century. In the 12th century, the Banate of Bosnia was established; by the 14th century, this had evolved into the Kingdom of Bosnia. In the mid-15th century, it was annexed into the Ottoman Empire, under whose rule it remained until the late 19th century. The Ottomans brought Islam to the region, and altered much of the country's cultural and social outlook.

From the late 19th century until World War I, the country was annexed into the Austro-Hungarian monarchy. In the interwar period, Bosnia and Herzegovina was part of the Kingdom of Yugoslavia. After World War II, it was granted full republic status in the newly formed Socialist Federal Republic of Yugoslavia. In 1992, following the breakup of Yugoslavia, the republic proclaimed independence. This was followed by the Bosnian War, which lasted until late 1995 and was brought to a close with the signing of the Dayton Agreement.

Today, the country is home to three main ethnic groups, designated "constituent peoples" in the country's constitution. The Bosniaks are the largest group of the three, the Serbs are the second-largest, and the Croats are the third-largest. In English, all natives of Bosnia and Herzegovina, regardless of ethnicity, are called Bosnian. Minorities, who under the constitution are categorized as "others", include Jews, Roma, Albanians, Montenegrins, Ukrainians and Turks.

Bosnia and Herzegovina is a developing country and ranks 74th in the Human Development Index. Its economy is dominated by industry and agriculture, followed by tourism and the service sector. Tourism has increased significantly in recent years.[14][15] The country has a social-security and universal-healthcare system, and primary and secondary level education is free. It is a member of the UN, the Organization for Security and Co-operation in Europe, the Council of Europe, the Partnership for Peace, and the Central European Free Trade Agreement; it is also a founding member of the Union for the Mediterranean, established in July 2008.[16] The country is an applicant for membership in the European Union and has been a candidate for NATO membership since April 2010, when it received a Membership Action Plan.[17]