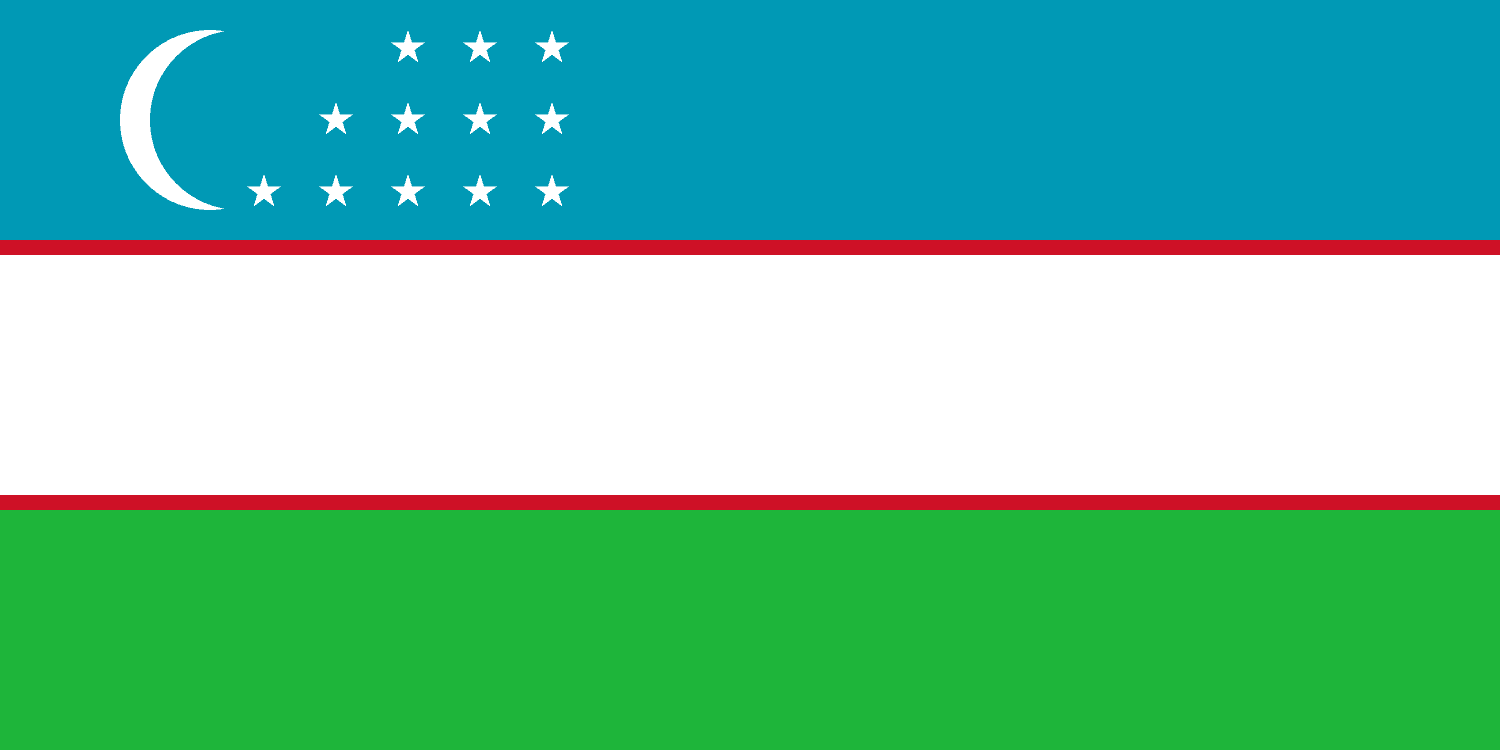 Uzbekistan (UK: /ʊzˌbɛkɪˈstɑːn, ʌz-, -ˈstæn/, US: /ʊzˈbɛkɪstæn, -stɑːn/;[15][16] Uzbek: Oʻzbekiston / Ўзбекистон, pronounced [ozbekiˈstɒn]; Russian: Узбекистан), officially the Republic of Uzbekistan (Uzbek: Oʻzbekiston Respublikasi / Ўзбекистон Республикаси; Russian: Республика Узбекистан), is a doubly landlocked country located in Central Asia. It is surrounded by five landlocked countries: Kazakhstan to the north; Kyrgyzstan to the northeast; Tajikistan to the southeast; Afghanistan to the south; and Turkmenistan to the southwest. Its capital and largest city is Tashkent. Uzbekistan is part of the Turkic world, as well as a member of the Organization of Turkic States. The Uzbek language is the majority-spoken language in Uzbekistan, while Russian is widely spoken and understood throughout the country. Tajik is also spoken as a minority language, predominantly in Samarkand and Bukhara. Islam is the predominant religion in Uzbekistan, most Uzbeks being Sunni Muslims.[17]

The early Muslim conquests and the subsequent Samanid Empire converted most of the people, including the local ruling classes, into adherents of Islam. During this period, cities such as Samarkand, Khiva, and Bukhara began to grow rich from the Silk Road, and became a center of the Islamic Golden Age, with figures such as Muhammad al-Bukhari, Al-Tirmidhi, al Khwarizmi, al-Biruni, Avicenna, and Omar Khayyam.

The local Khwarazmian dynasty was destroyed by the Mongol invasion in the 13th century, leading to a dominance by Turkic peoples. Timur (Tamerlane) who in the 14th century established the Timurid Empire was from Shahrisabz and with his capital in Samarkand, which became a centre of science under the rule of Ulugh Beg, giving birth to the Timurid Renaissance.

The territories of the Timurid dynasty were conquered by Uzbek Shaybanids in the 16th century, moving the centre of power to Bukhara. The region was split into three states: the Khanate of Khiva, Khanate of Kokand, and Emirate of Bukhara. Conquests by Emperor Babur towards the east led to the foundation of the Mughal Empire in India.

All of Central Asia was gradually incorporated into the Russian Empire during the 19th century, with Tashkent becoming the political center of Russian Turkestan. In 1924, national delimitation created the Uzbek Soviet Socialist Republic as an independent republic within the Soviet Union. Shortly before the dissolution of the Soviet Union, it declared independence as the Republic of Uzbekistan on 31 August 1991.

Uzbekistan is a secular state, with a presidential constitutional government in place. Uzbekistan comprises 12 regions (vilayats), Tashkent City, and one autonomous republic, Karakalpakstan. While non-governmental human rights organisations have defined Uzbekistan as "an authoritarian state with limited civil rights",[19][20] significant reforms under Uzbekistan's second president, Shavkat Mirziyoyev, have been made following the death of the first president, Islam Karimov. Owing to these reforms, relations with the neighbouring countries of Kyrgyzstan, Tajikistan, and Afghanistan have drastically improved.[21][22][23][24] A United Nations report of 2020 found much progress toward achieving the UN's Sustainable Development Goals.[25]

The Uzbek economy is in a gradual transition to the market economy, with foreign trade policy being based on import substitution. In September 2017, the country's currency became fully convertible at market rates. Uzbekistan is a major producer and exporter of cotton. With the gigantic power-generation facilities from the Soviet era and an ample supply of natural gas, Uzbekistan has become the largest electricity producer in Central Asia.[26]

From 2018 to 2021, the republic received a BB- rating by both Standard and Poor (S&P) and Fitch.[27] Strengths indicated by the Brookings Institution include Uzbekistan having large liquid assets, high economic growth, and low public debt. Among the constraints holding the republic back is the low GDP per capita.[28] Uzbekistan is a member of the Commonwealth of Independent States (CIS), United Nations and the Shanghai Cooperation Organisation (SCO).