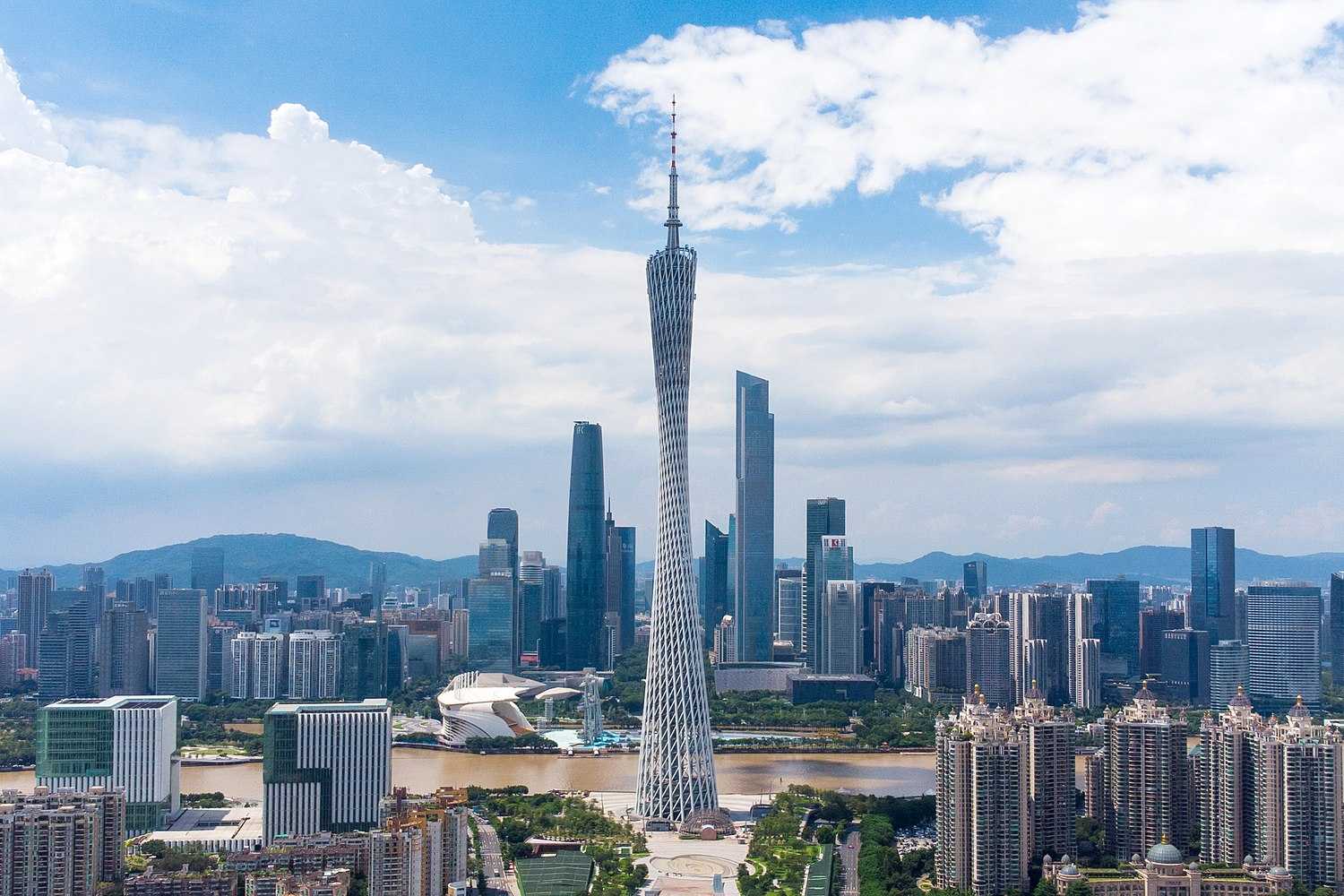 listen)), also known as Canton[7] (/kænˈtɒn/) and alternatively romanized as Kwongchow or Kwangchow,[8] is the capital and largest city of Guangdong province in southern China.[9] Located on the Pearl River about 120 km (75 mi) north-northwest of Hong Kong and 145 km (90 mi) north of Macau, Guangzhou has a history of over 2,200 years and was a major terminus of the maritime Silk Road;[10] it continues to serve as a major port and transportation hub as well as being one of China's three largest cities.[11] For a long time, the only Chinese port accessible to most foreign traders, Guangzhou was captured by the British during the First Opium War. No longer enjoying a monopoly after the war, it lost trade to other ports such as Hong Kong and Shanghai, but continued to serve as a major transshipment port. Due to a high urban population and large volumes of port traffic, Guangzhou is classified as a Large-Port Megacity, the largest type of port-city in the world.[12] Due to worldwide travel restrictions at the beginning of the COVID-19 pandemic, Guangzhou Baiyun International Airport, the major airport of Guangzhou, briefly became the world's busiest airport by passenger traffic in 2020.[13]

Guangzhou is at the heart of the Guangdong–Hong Kong–Macau Greater Bay Area, the most-populous built-up metropolitan area in the world, which extends into the neighboring cities of Foshan, Dongguan, Zhongshan, Shenzhen and part of Jiangmen, Huizhou, Zhuhai and Macau, forming the largest urban agglomeration on Earth with approximately 65,594,622 residents[14] and part of the Pearl River Delta Economic Zone. Administratively, the city holds subprovincial status[15] and is one of China's nine National Central Cities.[16] In the late 1990s and early 2000s, nationals of sub-Saharan Africa who had initially settled in the Middle East and Southeast Asia moved in unprecedented numbers to Guangzhou in response to the 1997/98 Asian financial crisis.[17] The domestic migrant population from other provinces of China in Guangzhou was 40% of the city's total population in 2008. Guangzhou has one of the most expensive real estate markets in China.[18] As of the 2020 census, the registered population of the city's expansive administrative area was 18,676,605 individuals (up to 47% from the previous census in 2010) whom 16,492,590 lived in 9 urban districts (all but Conghua and Zengcheng).[2] Guangzhou is the fifth most populous city by urban resident population in China after Shanghai, Beijing, Shenzhen and Chongqing.[19]

In modern commerce, Guangzhou is best known for its annual Canton Fair, the oldest and largest trade fair in China.[20] For three consecutive years (2013–2015), Forbes ranked Guangzhou as the best commercial city in mainland China.[21] Guangzhou is highly ranked as an Alpha- (global first-tier) city together with San Francisco and Stockholm.[22] It is a leading financial centre in the Asia-Pacific region and ranks 21st globally in the 2020 Global Financial Centres Index.[23] As an important international city, Guangzhou has hosted numerous international and national sporting events, the most notable being the 2010 Asian Games, the 2010 Asian Para Games, and the 2019 FIBA Basketball World Cup. The city hosts 65 foreign representatives, making it the third major city to host more foreign representatives than any other city in China after Beijing and Shanghai.[24][25] As of 2020, Guangzhou ranks 10th in the world and 5th in China (after Beijing, Shanghai, Hong Kong and Shenzhen) for the number of billionaire residents by the Hurun Global Rich List.[26]