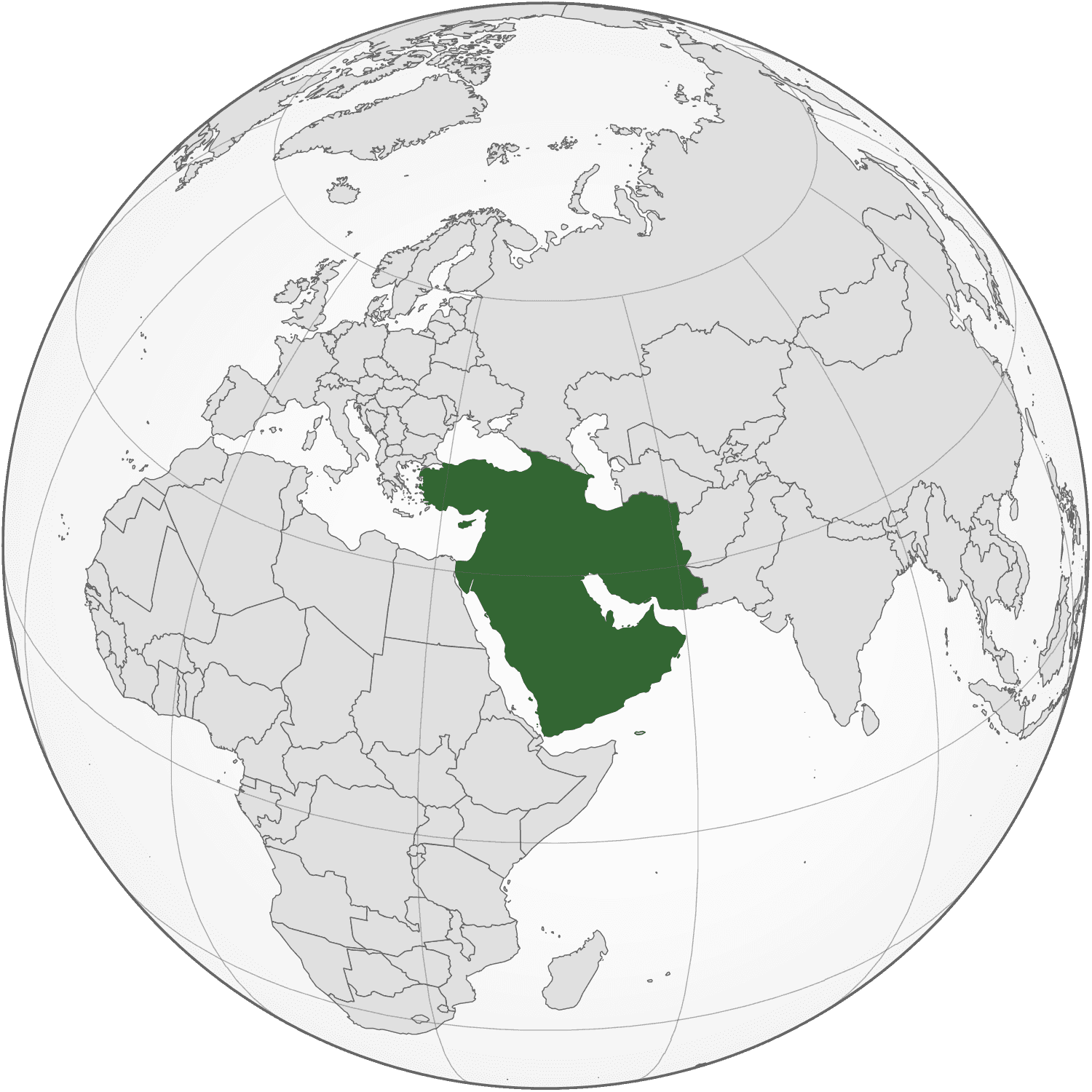 Western Asia, West Asia, or Southwest Asia, is the westernmost subregion of the larger geographical region of Asia, as defined by some academics, UN bodies and other institutions. It is almost entirely a part of the Middle East, and includes Anatolia, the Arabian Peninsula, Iran, Mesopotamia, the Armenian Highlands, the Levant, the island of Cyprus, the Sinai Peninsula, and partly the Caucasus Region (Transcaucasia). The region is considered to be separated from Africa by the Isthmus of Suez in Egypt, and separated from Europe by the waterways of the Turkish Straits and the watershed of the Greater Caucasus. Central Asia lies to its northeast, while South Asia lies to its east. Twelve seas surround the region (clockwise): the Aegean Sea, the Sea of Marmara, the Black Sea, the Caspian Sea, the Persian Gulf, the Gulf of Oman, the Arabian Sea, the Gulf of Aden, the Red Sea, the Gulf of Aqaba, the Gulf of Suez, and the Mediterranean Sea.

Subregion of the Asian continent